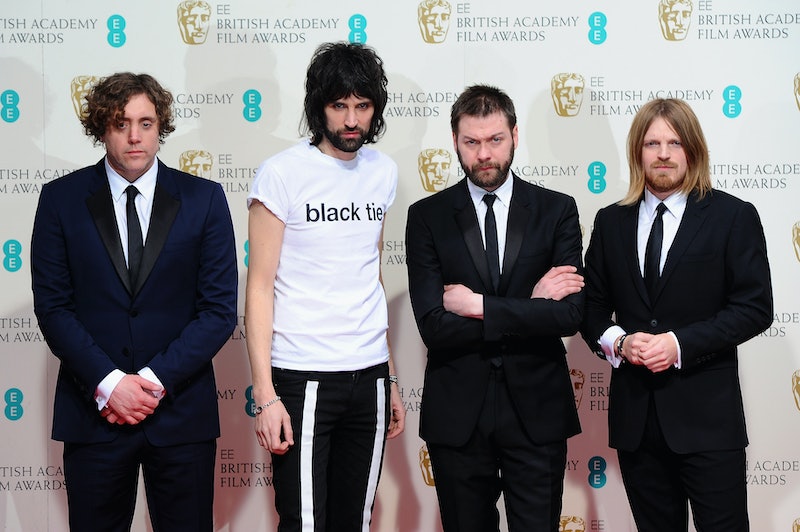 Typically, the BAFTA Awards is an event populated with people in designer dresses and bespoke tuxedos. The lead singer of Kasabian just threw on a t-shirt, some skinny pants, and called it a day. British rocker Serge Pizzorno wore a "black tie" tee to the 2015 BAFTAs in a move that I'm guessing his mother probably wouldn't approve of. I mean, would it really kill him to clean up a bit every once in a while?!?! He's such a handsome boy!!! (Just imagine those last two sentences spoken in the cadence of a mom who wants her son to dress more nicely. Thanks for humoring me.)

Even his friends managed to look nice for the event! The three other members of Kasabian wore tuxedos to the awards ceremony, so I'm guessing that there was some lapse in communication about outfit coordination. Perhaps everyone was planning to wear the "black tie" t-shirt, but three of the guys decided it would be more respectful to wear tuxes at the last moment. Only they didn't tell Pizzorno. Awkward!

Perhaps Pizzorno told the rest of the band he would be wearing a tux, and decided to punk everyone at the last minute. Sadly, we may never know the logistics that led up to this sartorial choice. What we do know is that Pizzorno brought some mall goth realness to this extremely formal event.