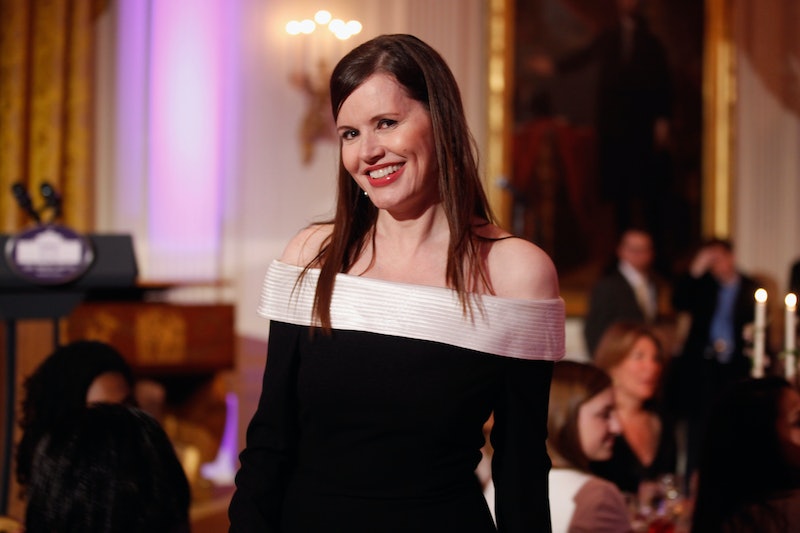 Davis recently talked to Vanity Fair about her work with the Geena Davis Institute On Gender In the Media and her campaign to get more women represented onscreen. On her advice to studio execs:

When I go into these meetings, I say, ‘If you are going to make a movie starring a woman, that is great, and please cast me. But what I would love for you to do is to look at the movies you are already going to make, that you have planned out and slated, and just go through [their scripts] and change some first names to female names. Just with the stroke of a pen, you’ve now created probably very unique un-stereotyped female characters.’ And then any time a script says, ‘A crowd gathers,’ add ‘which is half female’ after it—because otherwise, somehow on the set, it’s going to turn out to be mostly male.

This isn't the first time Davis has given advice like this: She's long been vocal about gender disparity in her industry. In fact, she really recently launched a film festival based around diversity.

She also talked about why she enlisted a study analyzing children's films:

The reason I decided to focus on family-rated stuff and what kids see is because I want to change what they see first. If they are seeing a wildly skewed ratio of male to female characters, and they are seeing female characters that are not doing as much or not doing important things . . . It's imprinting a message from the very beginning that girls are less valuable than boys.

As for her onscreen action, you can currently catch her on Grey's Anatomy.