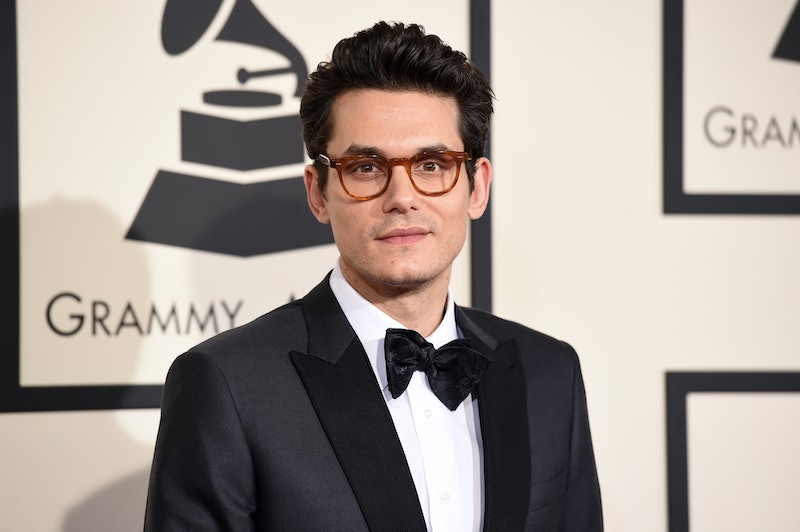 I usually avoid discussing John Mayer at all costs because a) "Your Body Is A Wonderland" and "Daughters" are the two most vomit-inducing songs ever written, IMO, and b) we share a last name so everyone in the world thinks it's hilarious to "joke" that he's my brother. But when John Mayer showed up at the 2015 Grammy Awards wearing the hottest glasses of all time, I just couldn't ignore it. He looks goooood tonight, y'all. Does Katy Perry have anything to do with this?

Mayer hit the stage to perform alongside Ed Sheeran at the ceremony tonight, but enough about his music — let's talk about that outfit. He wore a deep navy blue suit (reminiscent of the blue and blacks suits Ryan Seacrest and Grammys host L.L. Cool J are sporting... am I sensing a trend?) and a floppy bow tie, but his dark framed glasses are what really make this outfit pop. The whole thing is very Buddy Holly and its definitely one of the most interesting men's looks I've seen on the red carpet in awhile. He looks totally retro and cool!

Is it safe to say that John Mayer's glasses are the Pharell's hat of the 2015 Grammys?