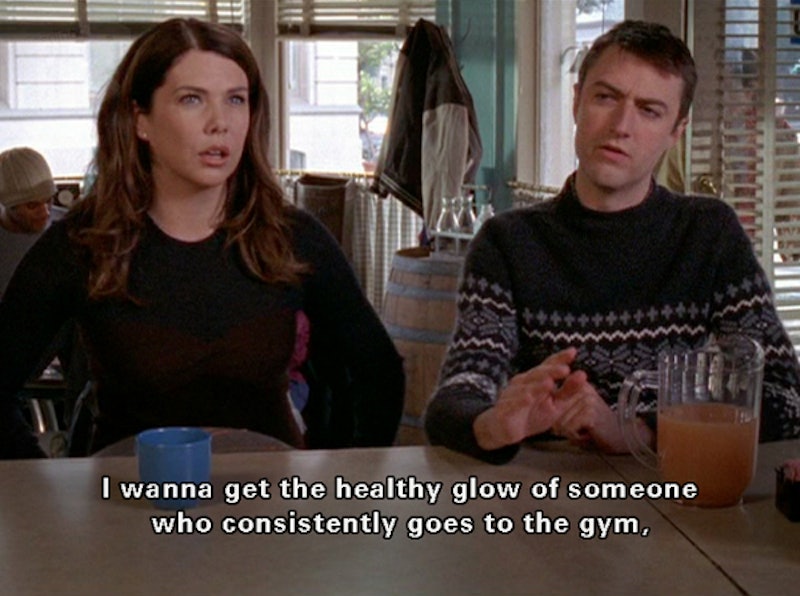 Oh, Kirk. There were so many things you tried and failed at — photography, home repair, being a normal human being — and maybe that's why, the one time you created a gem, the world barely even took notice of your brilliance. In fact, I'm thinking back on all of the prolific moments in all seven seasons of this show, but none are really quite as impactful as Kirk's short film that was played in an episode of Gilmore Girl's , a film whose message is more ancient and timeless than any of the many inspired moments between Lorelai and Rory could ever convey. Can we just take a moment to reflect on how hilariously awesome this "film" is?

If you haven't seen the short film yet, don't beat yourself up. It came out in 2002, which was thirteen years ago, according to the math it just took me an embarrassingly long time to do in my head. It was actually meant as a "bonus" during season two of the show (it aired in an episode where there was a Stars Hollow movie night, and it was probably one of the show's weirder and more awesome moments), but once you see it, you will come to understand that it is so much more than that. Just carve a minute out of your day, and then tell me that you don't want this to go on forever:

Just in case you missed the highlights of this cinematic masterpiece, allow me to help you relive them in their full glory:

The real pressing question here: is it too late for this to get extended into a feature length film? As curious as we all are (or as aggressively uncurious as we are pretending to be) over the Fifty Shades of Grey release this weekend, my true desire lies in knowing what happens next in Kirk's debut film. Will the world ever know?!

More like this
The Office Lego Set Includes All Your Favourite Dunder Mifflin Characters
By Sam Ramsden
Revisit 1992’s 'A League Of Their Own Cast' Photos After The New TV Series
By Grace Wehniainen
At 28, Lesley Manville Was Acting, Picketing, & Singing Kate Bush Songs
By Olivia-Anne Cleary
17 Years Ago, 'Hannah Montana' Reportedly Almost Cast This 'Gossip Girl' Star
By Grace Wehniainen
Get Even More From Bustle — Sign Up For The Newsletter