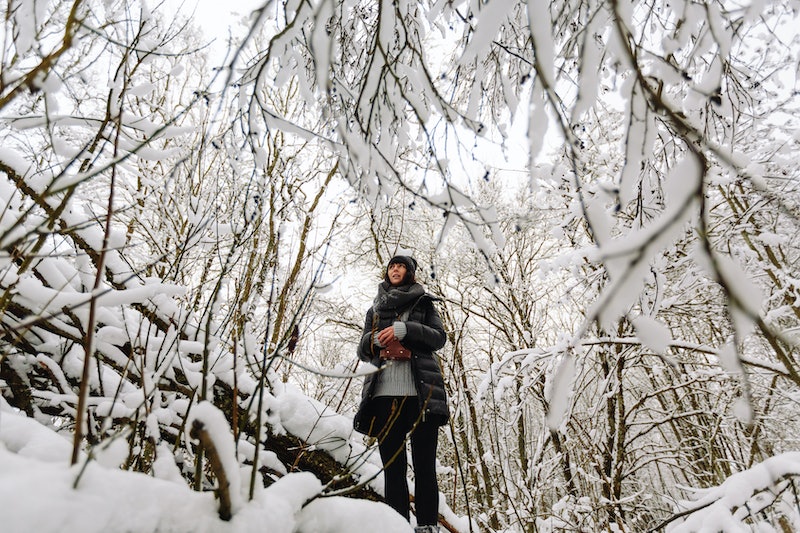 Despite the fact that it's the shortest month of the year, February feels like the longest. Even though the days are still short, each day seems to linger far too long, every day is just as miserable as the one before, and you find yourself begging for it to be over already. Try as you might to find the good in February (and let's be honest, who's trying), you will likely come up empty handed. Sure, there’s President’s Day, but does anyone actually get that day off, besides government employees? I don’t think so. And don't even get me started on Valentine's Day.

Even those of us who love any reason to stay in and hunker down are pretty much over it by the time mid-February rolls around, as we stare down each grey day trying to see a glimmer of hope in the form of sun. But there is no sun. Yes, February makes some of us dreadfully dark and morbid, like an Edgar Allen Poe poem.

Because misery surely loves company, here are the 19 reasons why mid-February is a whole boatload of depressing and the absolute worst.

As a New Englander, I usually live for snowstorms, but once or twice a week? No thanks. There's only so much walking through slush piles, jumping over snowbanks, and slipping and sliding on the ice that one can take. And that's even before you get in the car to put your life at risk amongst people who have zero idea how to drive in the snow.

2. If You Live Somewhere Without Snow, You're Sick Of Hearing About Other People's Weather

Yeah, that's totally what people in California turned on CNN for.

Whether you're in a relationship or not, I'm sure we can all agree that Valentine's Day, smack dab in the middle of February, is just an unnecessary insult to February's injury.

4. The Days Are Grey And Short

Sure, the days are getting longer, but with all this grey, it's hard to tell. It's difficult to know when the day ends and the night begins when you don't see the sun set. Daylight's savings still hasn't set in, and we are so sick of it being dark by 5 p.m.

Trying to get warm, even inside, has become a feat. January may be, on average, the coldest month of the year, but after getting through January and still having to deal with February makes it almost worse, because you're just so over it.

Just try not getting sick in February. I dare you.

8. Your Future Happiness Is Supposed To Be Based On A Rodent

I love Punxsutawney Phil just as much as the next person, but when he predicts another six weeks of winter, like he did this year when he saw his shadow, I want to strangle his furry little neck ― lovingly, of course.

9. Your Skin Has Given Up

Not even your Clarisonic can save you at this point.

10. You Have Permanent Hat Head

Hat head has its charm, but when it's constant, as if your hat has just molded to each strand of your hair, it's not so pretty anymore.

Now that your credit card statements from your holiday spending have arrived, you know you're not going anywhere anytime soon. Well, at least not until your tax return shows up.

12. You’ve Already Watched Everything You're Excited About On Netflix

You can recite both seasons of Orange is the New Black in their entirety, which, of course, is a great party trick. But considering you're not the only one who can do that this time of year, you're not that original.

But it's the only way veggies taste good this time of year, because they're all out of season and lacking crunch!

The big holiday release of movies has passed, and summer blockbusters are still months away, so why even bother getting on Fandango anymore?

But January and February are known are "dump months." It's this time of year that low budget and lower priorities are released, because no is really going to the movies right now.

Who's going to release a new album in February? I'll tell you: No. One. Well, at least not anyone who's hoping for commercial success, because they know that to release something that early after the Grammy Awards could result in being forgotten.

16. After President's Day, There's Not Another 3-Day Weekend Until May

17. You're Sick Of Wearing All Your Winter Clothes

You know that cute sweater dress you were excited to wear on Christmas? Yeah, you're super sick of it by now.

18. You Know You Still Have To Deal With March

It should be Spring, but it will still be cold, and you know it.

19. You're Even Sick of Complaining About The Winter

And yet, you can't stop.

More like this
How To See The Lunar Eclipse On May 15-16, 2022
By Kaitlyn Wylde
What The History Of Pride Month Means For Celebrations Today
By Jay Polish
25 Quotes About Love To Share During Pride Month 2022
By Madeleine Aggeler and Emma Garza
Meet The Disney Imagineer Bringing 'Guardians Of The Galaxy' To Epcot
By Charlie Mock
Get Even More From Bustle — Sign Up For The Newsletter