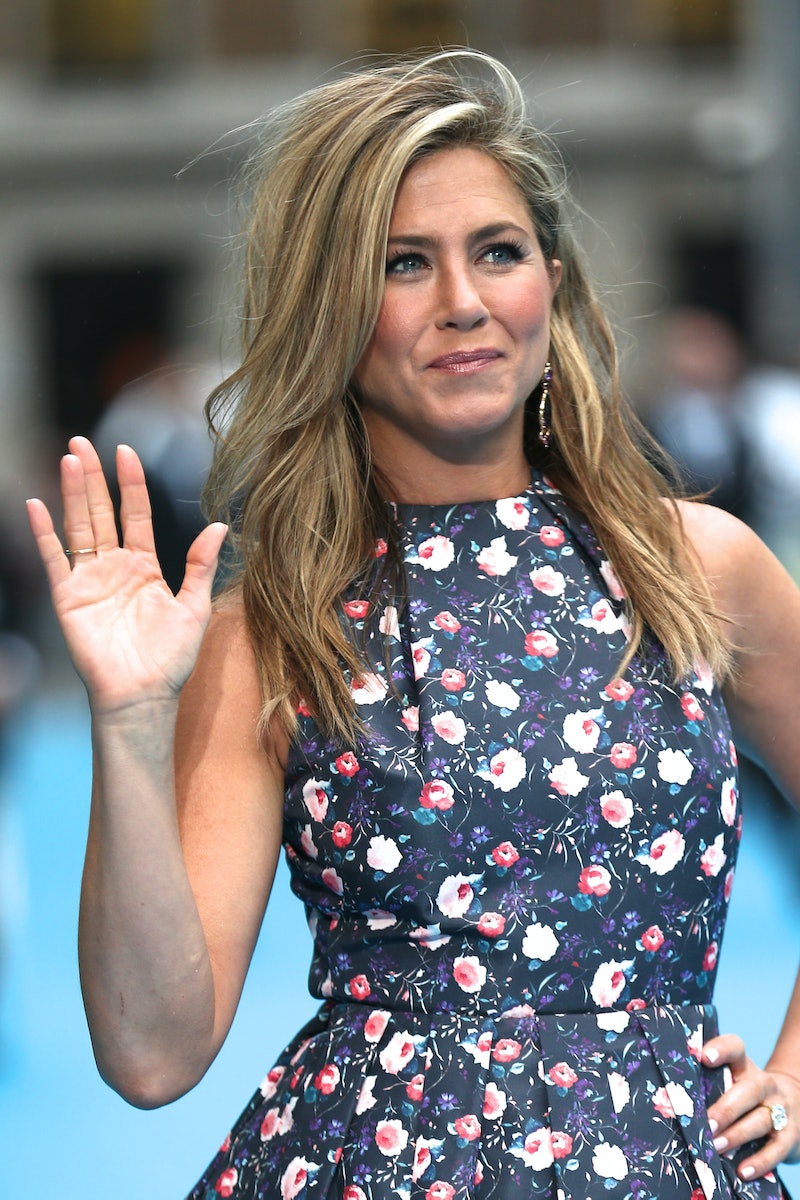 2015 totally had the potential to finally be Jennifer Aniston's year, and then the Oscars dropped the ball. Much to everyone's shock (especially mine), Aniston wasn't nominated for her work in Cake. It's not just a bummer for Aniston, either. Considering all the buzz the movie's generated this awards season, it was truly surprising that the Oscars decided not to recognize it. Worst of all, a nomination would have ensured that Aniston showed up to the event, which is important because we as a society should take any opportunity we can to see the artist formerly known as Rachel Greene looking flawless. Aniston hasn't confirmed that she's going to the Oscars yet, and there's no evidence that she'll be there, either.

(Update: The Academy of Motion Picture Arts and Sciences revealed on Feb. 10 that, among other stars, Jennifer Aniston will be a presenter at the Oscars!)

Aniston has yet to make any of the presenters announcements that the Oscars have made so far, and her fiancé, Justin Theroux, isn't nominated or confirmed to be attending, either. Unfortunately, that means there's a chance that Aniston won't be there, but I think it's safe to assume she will. Or, at least, I hope she will.

After all, she says there are no hard feelings over her snub, and showing up looking flawless would be the best revenge on the Oscars nominating committee, right? In fact, Aniston is so not offended that she told The Huffington Post that everyone making such a big deal over the fact that the Oscars left her out is almost as good as actually being nominated, which just proves she's doing her job well. If Aniston's still on the fence about whether or not to go this year, I hope she decides to put on a dress that costs more than my car and hit that red carpet. Why? There are a few reasons.

To show how much she doesn't care about being snubbed

I hate that the world works this way, but if Aniston doesn't go, the media will have a field day about how she's snubbing the Oscars right back. The only way she wins that one is if she goes anyway. Also, I bet shows like the Oscars are way more fun when you're not nominated. That way, you don't have to stress about winning, losing, or making any acceptance speeches, and you can just sit back and enjoy the show. Or, you know, take a nap, because the Oscars get really boring after the first hour.

So we can see what she decides to wear

Aniston always looks amazing anytime she hits the red carpet, so selfishly, I want to see her chat it up with Giuliana Rancic about how fabulous she looks.

To take a picture with Angelina Jolie

Is it just me, or is it far beyond time to put this feud to rest? A picture of Jolie and Aniston together would probably make the internet (and my head) completely explode, and I'm so ready for it. If Taylor Swift and Kayne West can put their animosity toward each other to bed, Jolie and Aniston certainly can. And it would be beautiful.

To support her pals

Aniston's BFF Reese Witherspoon is up for that coveted Best Actress award, and since Aniston isn't up against her in that category, she can go and wholeheartedly cheer for her friend. This also ups the probability for cute bestie pictures on the red carpet, which are half the reason I even care about the Oscars in the first place.