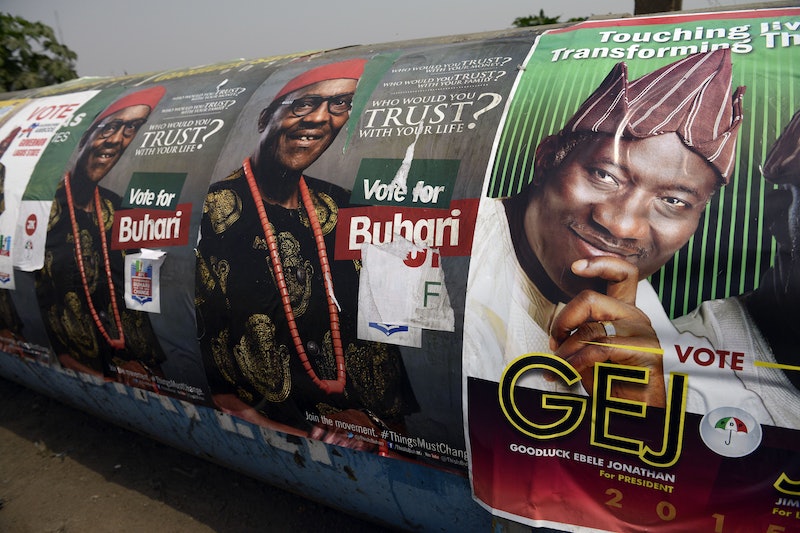 Those who have been waiting for Nigeria’s political climate to change will have to wait six more weeks. On Saturday, Nigeria’s Independent National Electoral Commission (INEC) announced that it would be postponing Nigeria’s national election. Election commission chief Attahiru Jega announced that the election would be pushed back to March 28 because there would not be enough military troops available to offer protection during the election. According to the BBC, Jega said:

Calling people to exercise their democratic rights in a situation where their security cannot be guaranteed is a most onerous responsibility.

Boko Haram has been terrorizing Nigerians since 2009, and the Nigerian military has failed to adequately face the group head on. In fact, since Boko Haram has drawn the attention of the rest of the world when they kidnapped about 200 schoolgirls, the Nigerian military’s inability to handle the organization has only been made clearer this past year. They not only failed to return the kidnapped girls, but falsely reported that they had. They also claimed to have reached a ceasefire with Boko Haram, a report that also proved to be false. We’ve seen more definitive action and results from the other African countries that Boko Haram has recently been targeting than we have from Nigeria.

So how could the Nigerian military hope to defeat an enemy it’s failed to stamp out for the past six years in just six weeks? Perhaps with the help of the African Union. The announcement to postpone the elections coincided with the news that Nigeria would be joining together with neighboring countries — Niger, Cameroon, Chad, and Benin — to create a 8,750-member force to combat Boko Haram. Because Boko Haram has been unchecked by Nigeria for so long, its threat has become a regional one. Perhaps the combined force and aid of the AU will make the difference that the government has failed to make.

But even if the Nigerian military is now (finally) part of a (hopefully) comprehensive plan to take down Boko Haram, many people are condemning the action to postpone the election, especially considering that the Nigerian military has not been traditionally responsible for election safety. According to Al Jazeera, troops have only been called in to serve as reinforcements for police and civil defense units.

Perhaps the most vocal opposition to the postponement is none other than former military ruler Muhammadu Buhari, the All Progressives Congress (APC) challenger of President Goodluck Jonathan of the People’s Democratic Party (PDP). For Buhari, and others who are eager to change the political climate of Nigeria, the postponement of the elections looks like nothing more than an attempt to keep Jonathan in his position longer. Largely thanks to his response, or lack of response, to Boko Haram, Jonathan's approval ratings have been very low, making this race a close one for him. As Karen Attiah of The Washington Post pointed out, “What happens if the new election date approaches and Boko Haram is still a threat?” The concern that false claims of military and political interference influencing a democratic process is a concern that even U.S. Secretary of State John Kerry has expressed in a statement.

The only thing that both supporters of and opposition to the postponement can agree on is that Nigerians should remain peaceful and calm during the next six weeks. While I can imagine the frustration of millions of people whose right to participate in an integral part of democracy has been delayed, I only hope that these next six weeks will help create a climate that makes it more possible for them to do so peacefully.