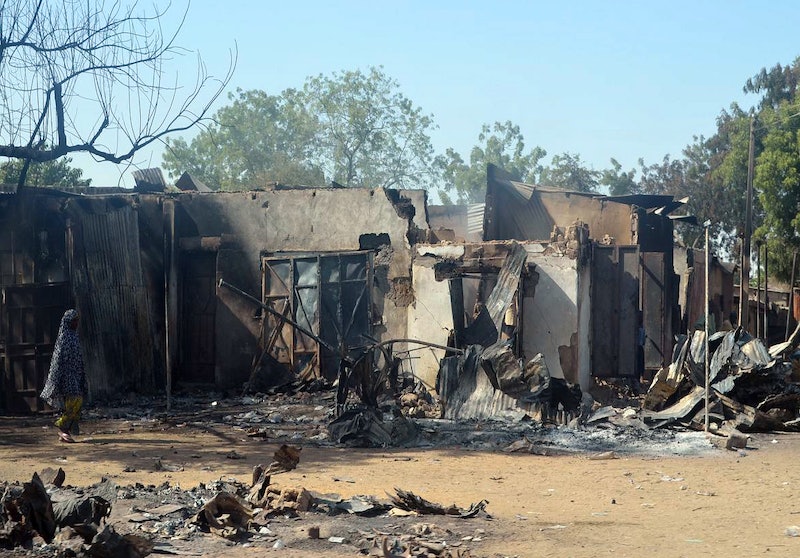 Earlier on Monday, troops from Chad were deployed to northern Cameroon to help fight Boko Haram from the Cameroonian border. Since the January attack on Baga and the following bomb in a Maiduguri market, it seems that Boko Haram, the terrorist organization that has gone unchecked by Nigeria’s military, has grown from a Nigerian threat into a West African threat.

Over the last several years, Boko Haram has terrorized the northeast region of Nigeria and killed thousands of people. This January, in what might have been its deadliest attack yet, the terrorist group attacked the town of Baga, killing what is thought to be at least 2,000 people. Following the attack on Baga, a bomb strapped to a 10-year-old girl was detonated at a market in Maiduguri, killing nearly 20 people and injuring even more.

As the terrorist group remains uncurbed by the Nigerian government, it has moved its attention past Nigeria's borders. On Sunday, Boko Haram attacked two villages in Tourou in northern Cameroon and kidnapped around 60 people who were mostly women and children.

Issa Tchiroma, Cameroon’s communication and information minister, told Al Jazeera that Boko Haram attacked a village where there were no government troops at the time, burned down about 80 residencies, took several hostages, and killed three people.

A lot of the rhetoric around the Baga attack has revolved around condemning Western media and governments for not paying attention to the attacks. As the international community rallied around the victims of the Charlie Hebdo shooting and the following hostage attacks, the silence about the tragedies taking place in Nigeria was stark. But how can we expect the international community to show more concern than Nigeria’s own government? In the days following the attacks in Paris and in Baga, President Goodluck Jonathan condemned the acts in Paris, while remaining absolutely silent on what was happening in the northern region of Nigeria. In fact, it wasn’t until he was publicly condemned for his silence, that the President paid a visit to Maiduguri, the Borno State capital.

Why is it that the Nigerian military, one of the largest in west Africa, has failed to stop Boko Haram to the point that the group now feels bold enough to begin attacking neighboring countries? Perhaps a better question is how can the Nigerian military and police force, which has been accused of many human-rights abuses, be trusted to protect Nigerian citizens?

According to Max Abrahms, a professor of political science and terrorism analyst at Northeastern University, it’s the current state of corruption in Nigeria that makes bringing international aid to Nigeria difficult. Abrahms told the International Business Times:

The nature of that bilateral cooperation [between the United States and Nigeria] never truly materialized because the Goodluck Jonathan administration also has blood on its hands.

The military training with the U.S. was an attempt to help aid Nigeria in rescuing the kidnapped schoolgirls from Chibok, who still have not been rescued. Since then, Boko Haram has gone unhampered by the Nigerian government, with little to no effort to subdue the organization. According to Al Jazeera, attempts to by Nigeria, Chad, Niger, and Cameroon to deploy joint forces against Boko Haram “have faltered” due to unspecified reasons.