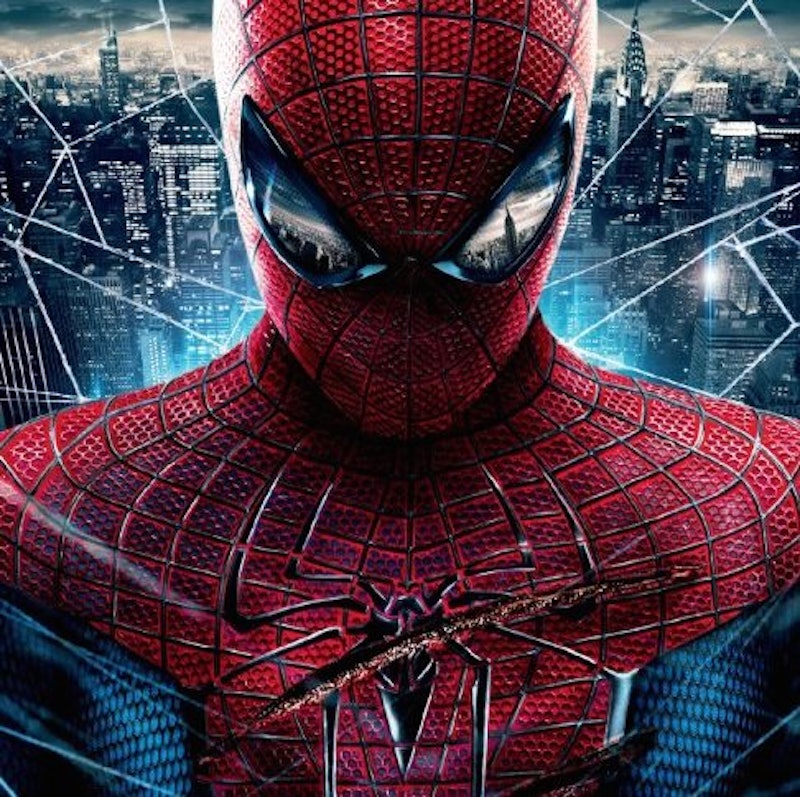 The news that Spider-Man is joining the Marvel Cinematic Universe is the gift that keeps on giving. First, they're axing Andrew Garfield as Spider-Man, leaving open the potential that this might be Miles Morales' big screen debut. (I doubt it, but, hey, a girl can dream of diversity.) Second, we're getting our first Marvel Studios Spider-Man solo flick as early as July 2017. Third, Spider-Man will be featured in a Marvel ensemble film ahead of his solo film's release date and the odds are ever in our favor that this ensemble film will be Captain America: Civil War. In case you've been buried under a rock all these months, the fans have wanted Spider-Man to appear in Captain America: Civil War basically since the film was announced.

As comic fans know well, there were three key players in the Civil War conflict that span the entire comic book universe. Captain America stood on the side of freedom (as he usually does), Iron Man stood on the side of registration, and Spider-Man initially stood on the side of registration before he justifiably abandoned ship and joined the freedom side instead. He is a relatable viewpoint through which both sides of the conflict can be properly explored simply through his changing beliefs on who is right and why they are right — so the fact that he couldn't appear in Civil War left a huge hole in the story and in the hearts of many fans.

Despite the fact that Marvel has yet to confirm what film it is that Spider-Man will make his first MCU appearance in, there are some very good reasons for why it has to be Captain America: Civil War that don't just have to do with the plot.

1. Tony Stark will already be there.

Captain America: Civil War might be a Captain America film, but they've already brought Tony Stark into it. That means that this film will feature exactly one-third of the Avengers — half of them if they include Black Widow in this one as well. What's a little Spider-Man added to the mix? Civil War is like The Avengers Film That Isn't Calling Itself An Avengers Film Because Hawkeye And Thor's Not Invited To The Party And Hulk Is Busy Destroying Harlem.

2. Avengers: Age of Ultron has already been wrapped.

The perfect time to introduce him would have been in Age of Ultron, even if it was just as a bonus scene. However, Age of Ultron has already wrapped filming, is already putting out promos, and already has bonus scenes that probably feature Tom Hiddleston and Loki. It's too late to add a Spider-Man flash into that mix, leaving Civil War as our only option before the solo film's release date.

3. The Falcon needs a friend he can relate to.

Sam Wilson might be Captain America's right hand man and a true patriot as well as a true friend, but even he's got to get tired of Steve's supersoldier behind passing him every time they run laps. Spider-Man might be a Spider-Man, but he can't run any faster than your average person. Sam could find a new running buddy in the young superhero and, perhaps, even mentor him as the most recent Avengers ally.

4. He could find the Winter Soldier.

And here is my best guess for how they can add Spider-Man into Civil War and then bridge him into his own solo film that keeps him a part of the overall mythos. Perhaps in a bonus scene, or even just at random while on the run, Spider-Man could cross paths with the Winter Soldier. Bucky Barnes' resurgence is taking a back seat to the Civil War conflict for Captain America 3, which has not sat well with some fans, and having Spider-Man and Bucky share the screen for the Spider-Man solo film would be an interesting update to the comic book mythos. And the perfect way to differentiate it from any Spider-Man film that came before it. Besides, anything that gives us more Bucky is obvious gold.