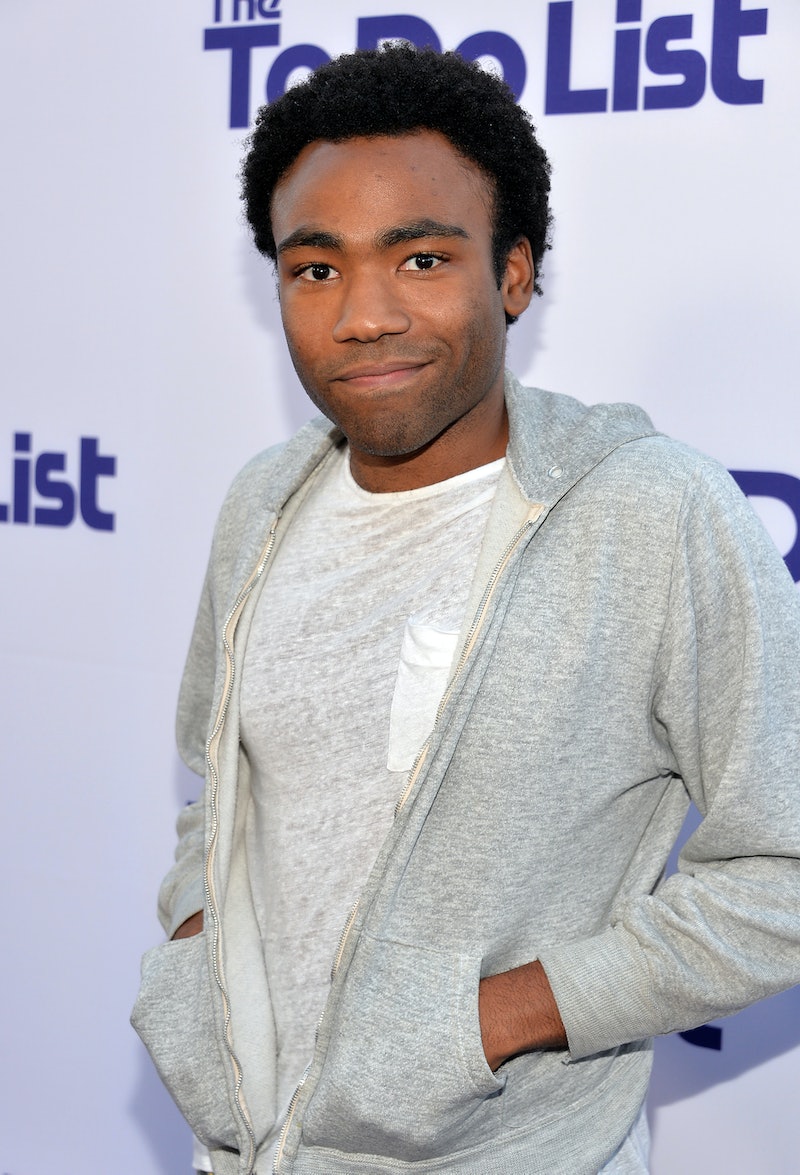 When it was announced Monday night that Spider-Man would be joining the Marvel universe, superhero fans flew into a frenzy. Thanks to the deal, Spidey will now fight alongside the Avengers, get a stand-alone Marvel film, and will be played by a new actor not named Maguire or Garfield. There've been plenty of ideas floating around for who should take over the role, and many of them — Freddie Highmore, anyone? — would be solid choices. All the speculation is premature, however, as Marvel hasn't given an age for the new Spider-Man. In fact, Marvel hasn't said that Spider-Man will even be Peter Parker — could Miles Morales be the next masked hero?

Judging by the enthusiasm for such a switch on Twitter, the answer to that is a resounding "hell yes." For the uninitiated, Miles Morales is a teenage boy who entered the Marvel universe in 2011 when he was given superhuman abilities from an accidental spider bite. Initially averse to his newfound talents, he changes his mind after witnessing Spider-Man's death and knowing he could've helped; with some coaxing from his best friend, he takes over the late hero's identity, sporting the costume and fighting crime all over New York.

So why would fans want him, rather than the similar-sounding Peter Parker, as Marvel's new Spider-Man? Because Miles Morales is half-black and half-Hispanic, and by casting him in the role, Marvel would be making their first-ever solo superhero movie starring a non-white actor.

Of course, that's not the only reason Miles Morales would be a good choice for the role. Audiences are tired of Peter Parker origin stories, and a change-up like this one would give the franchise a much-needed burst of energy. Yet the fact that Miles would be played by a person of color is undeniably a huge deal, especially considering that the only other non-white superhero movie Marvel has on its plate, Black Panther , was just pushed back until 2018. It's time for a shake-up in the "typical" hero look, and Miles as Spider-Man would be just the change the studio so desperately needs.

There are reasons Marvel might not decide to go this route, however. In the press release for the deal, Sony (who made the previous Spider-Man movies) seemed to hint that the original character would stay, saying that the Marvel deal was "the perfect way to take Peter Parker's story into the future." In addition, Miles, while popular in the comics, isn't nearly as well-known to audiences as Peter Parker; it's possible Marvel will decide to keep Peter around simply because he's guaranteed to fill seats.

Yet those rooting for Miles shouldn't lose hope. Marvel has stayed mum on the issue, and there's probably still plenty of time before casting is officially announced. The studio is clearly aware that it's in need of a non-white character, and it's unlikely it'll wait another three years to introduce one to audiences. There's a real chance that Miles could be the new Spider-Man, and that a person of color will get to star in their own superhero film for the first time in Marvel history.

So who will that person be, if Miles is chosen? Many have pegged Donald Glover for the role, and it'd undoubtedly be a smart choice; Glover, besides being a talented, likable actor, has been campaigning for the role for the years. Even more importantly, he's already playing Spider-Man in the Ultimate Spider-Man TV series, voicing Miles for the animated show. If Marvel is truly considering bringing the character to the big-screen, it's unimaginable that Glover isn't at the top of their list.

And if it's not him, the studio certainly has options. Alfred Enoch, Keith Stanfield, even Jaden Smith (hey, it could work) are all potential choices, and there's surely plenty of unknown actors who could also fit the part. If Miles Morales is chosen, Marvel will have no shortage of candidates for the role. Casting will be the easy part — getting the courage to change up their franchise and take steps forward for diversity is Marvel's real challenge, but hopefully, one they're willing to overcome.