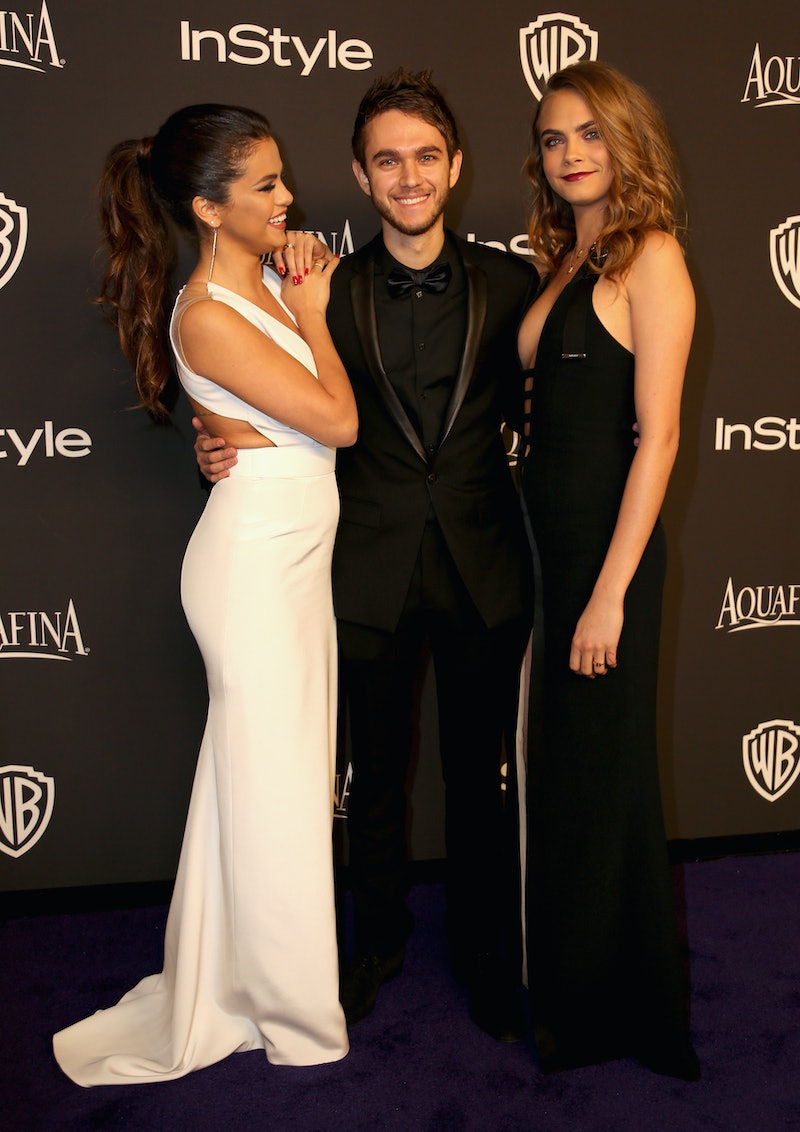 Blessed be, Selena Gomez might finally be moving on from Justin Bieber. I think we can all agree that regardless of his so called apology tour and attempts to change his image, the past shows that Bieber wasn't exactly the best boyfriend for Gomez. Being a young Latina woman, I feel like she's my younger cousin who I need to protect from all the evil men (boys?) who will break her heart, but we know how that advice goes. Since it was announced that Gomez and producer Anton Zaslavski, a.k.a. Zedd, would be teaming up for a track, the duo has not shied away from posting some cozy and suggestive photos on Instagram. Whether they're teasing us with the old PR trick or actually starting a little romance, I wonder how Selena Gomez and Zedd met in the first place.

(Update: Zedd spoke about meeting Selena Gomez in an interview with a Los Angeles radio station and explained that he first met Gomez when he went into a recording studio simply to use the bathroom and she was there.)

After some sleuthing, it seems that Gomez and Zedd meeting in December for the upcoming track was the first time that the pair met IRL. Even if their paths crossed before, it wasn't until then that their actual friendship began. And since that initial meeting, they've seemed to not be able to get enough of each other. Zedd took to his Twitter to send Gomez a message after they met, and it's really adorable because you can tell he was just so excited:

One very interesting tidbit I noticed is that it seems as though Zedd had been admiring Selenita from afar for quite some time. Would you blame him? Fans uncovered that back in 2012, Zedd used his Twitter to share an ode to Gomez that got their fans buzzing and begging for a collaboration.

Well, wishes do come true, Zelena fans. In January, it was pretty much confirmed that the two had been working on a song, "I Want You To Know," after they each shared Instagram posts hinting at cryptic lyrics. In fact, Gomez shared a photo of her and Zedd cozying up with a caption of "#IWYTK" which we can deduce is the abbreviation for "I Want You To Know."

Initially, the post was captioned "Harry to my Sally #Feb22 #IWYTK" which seemed to be pointing to something a little more than friends going on between them. Gomez and Zedd have also each continued to be pretty open in posting photos of each other and sharing some very couple-y PDA that definitely hints that something more is happening. Whether I want to be a bitter single woman and say that this coupling just screams PR stunt, I can't deny that these two are young, cute, and talented and seem to be having a lot of fun together. So to that I say, showmance or not, enjoy it kids! Plus, Gomez is spending time with someone that isn't Justin Bieber and I think that's good enough in itself.