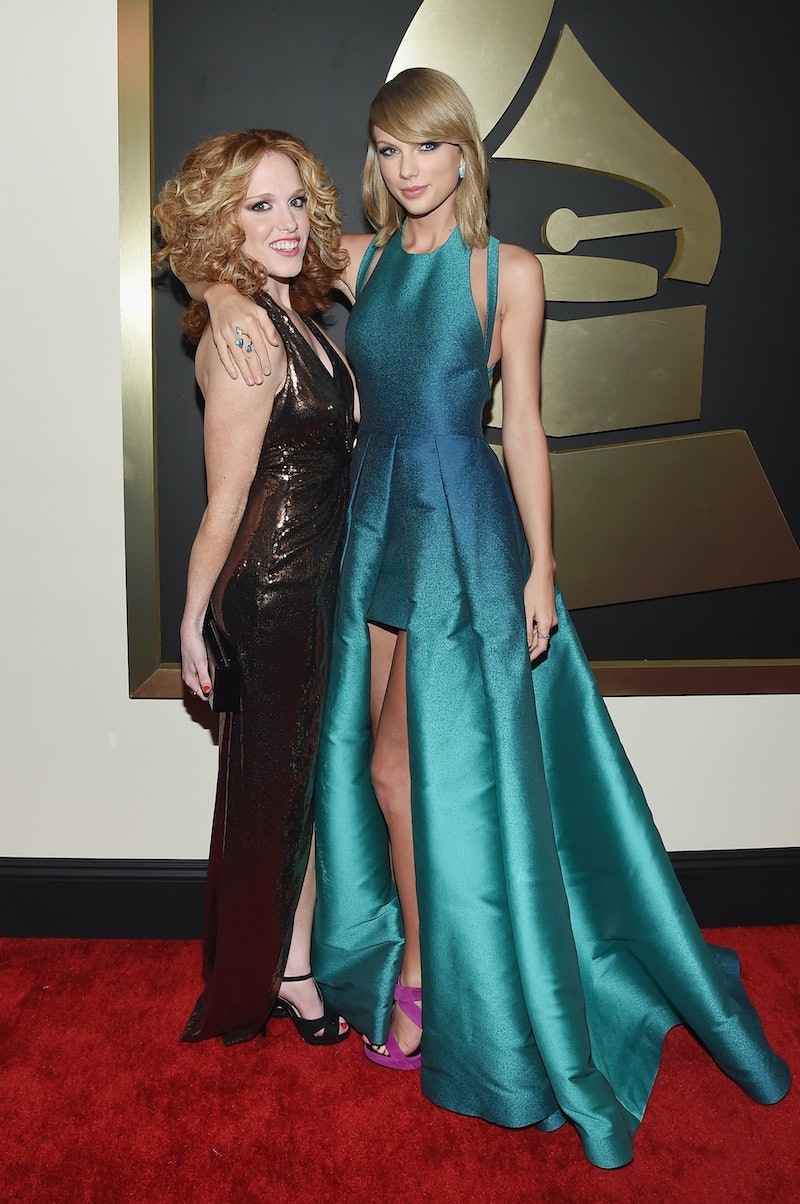 Sometimes you read or hear things about your favorite celebrity and think, "God, I hope that's not true." Case in point, when Katy Perry tweeted that Taylor Swift was a "Regina George in sheep's clothing," I was sorta bummed. While I appreciated the reference to one of my all time favorite movies, it unnerved me a bit. Could Swift have been playing us this whole time? Was she, in actuality, a "mean girl?" It doesn't appear that way, though. I mean, if she was, would Swift have sought out a fan at the Grammys and brought her backstage?

I don't necessarily like to believe everything I hear, but I don't like to discredit it, either, so that's why I've been repeatedly comforted over the last few months. And this terrific tale is no different. Swift has proven through her devotion to fans that she certainly is not anything like pop culture's most infamously passive aggressive villain.

As BuzzFeed reports, a very lucky fan named Jill wrote about the experience on her Tumblr. It all stemmed from Jill writing to Swift on her Tumblr page that'd she be at the Grammys. Swift then responded to her twice, asking where she would be at the awards show. Then, when she was at the Grammys, Jill watched as Swift had her publicist come and find her so that she could give her a backstage tour. Here's just a glimpse into the whirlwind post entitled, "Best Day of My Life":

My heart was pounding so fast and I turned the corner and Taylor sprung up from her seat, and shouted "HEY JILL." THAT IS WHEN I DIED. It is my goal in life for Taylor to know my name and now she does :’) I told her how beautiful she looked and she said, "GIRL LOOK AT YOUR DRESS." She told me I looked great ... I told her I had a really bad section cause no one was standing up or dancing, and she said, "That sucks when you have a bad section. I made sure to get front row aisle so I could have plenty of dance room." I laughed and thanked her again and told her I loved her so much. She said no problem I love you too! She told me she wanted to make sure she met me because she saw my posts that I wanted to see her :)

Buzzfeed even interviewed Jill to get further insight into the encounter. As she explained,

It made me feel like the luckiest person in the world. My idol tracked me down. She knew my name right away and gave me the biggest hug, and was so incredibly sweet to me and my boyfriend. She knows my name, knows things about me and has seen my posts. Afterwards I was in pure shock, and right when I got back to my seat I started crying so hard because I was so unbelievably happy and grateful for Taylor that she had gone out of her way to do that for me.

Um, yeah. I think we'd all be a little emotionally unstable after going through that amazing ordeal. In addition to that, even more evidence turned up in defense of Swift against Perry's name calling. According to Jill, the man who greeted her along with Swift's publicist let her in on some VIP info saying, "The guy Michael told me that Taylor is the only celebrity ever to do something like this for a fan at the Grammy’s." I think we should all give T. Swift a round of applause for being not only an A+ celebrity, but an A+ human as well.