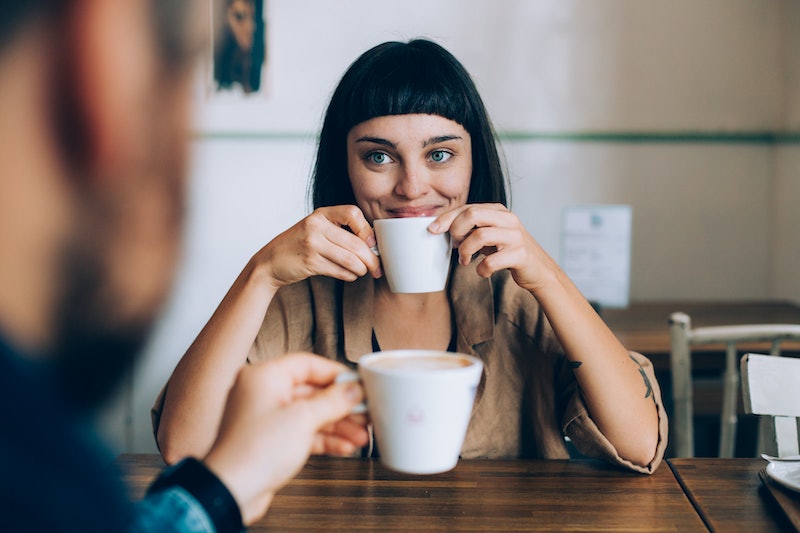 It’s a question as old as time, whispered about in high school hallways and later discussed over cosmos with your best friends: When should you have sex with the person that you’re seeing? Although some Millennials will laugh at the concept of dating (what’s that?), other people take it quite seriously; and while there is no "correct answer," there are certainly social norms. But good news, everyone: A new study finally answered the burning question, how many dates should you go on before having sex?

These results are part of Time Out’s Global Dating Survey, which asked 11,000 people from cities around the world about their dating habits, preferences, and dislikes. And (drum roll, please) participants said that is was appropriate to have sex after 3.53 dates — or, as Time Out put it, “that’s mid fourth date, after the mains have been cleared and just before the crème brûlée arrives.” To which I respond, why would I ever leave the table if I knew that dessert was on its way? I mean, I suppose there are people out there who don't like dessert, but...

Well, it turns out that the international perception of when to first sleep together isn’t too far off from regular American dating behavior. A 2013 Business Insider survey found that 30 to 40 percent of Americans think that you should wait two to five dates before have sex, making the internationally vetted three a solid average. But Brits might be in for a bit of a shock if they start dating across the pond — a British survey from last year found that most single English women won’t have sex until the fifth date.

Of course, the number varies for everyone. The most important thing is to wait until you are comfortable with the other person before you have sex with them, whether that's five minutes, five dates, or five years. But, just for fun, why not travel the world, meet numerous foreign lovers, take meticulous notes, and let us know what you think the real global dating rule is? Hey, it’s hard work, but someone’s got to do it!