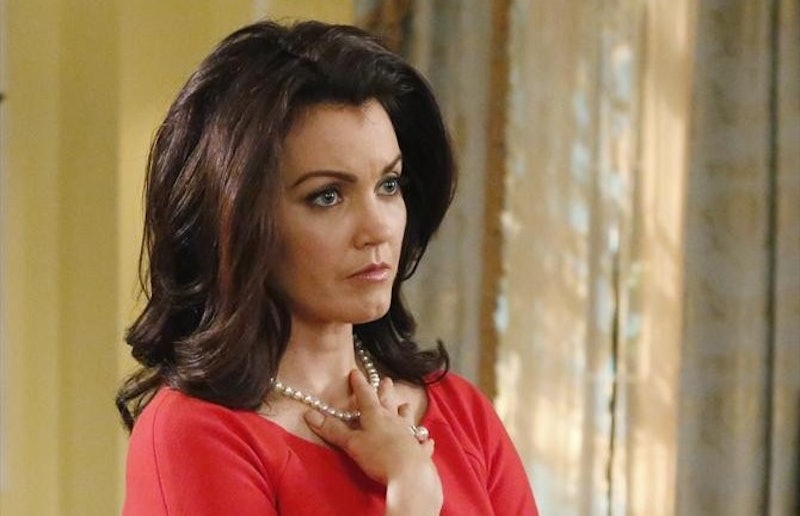 Despite the political nature of Scandal, the love triangles on the show are what keep us coming back for more. One of the love triangles, Olivia-Fitz-Mellie, has been unresolved since the very beginning of the show, and whether you actually are rooting for Olivia and President Fitz to get together, we can all probably agree that Mellie and Fitz do not belong together. And even though the two have experienced so many difficulties over the last four seasons of their relationship, there is really only one thing that needs to happen for President Fitz and Mellie, and that's a divorce.

Mellie and Fitz have never been "good." The show has never shown them in a relationship that is healthy for both of them, other than ones outside their marriage. Yes, there have been moments where you can tell that they care about each other, but the passionate love isn't there for either of them. Watching Fitz and Mellie hurt each other throughout the seasons is tough for viewers who really like both characters, because the pain that they cause each other could be resolved if they officially split up. So will Season 4 end with a divorce (FINALLY)? And how would this hypothetical necessity affect all of the other characters involved?

If Fitz and Mellie get a divorce, Olitz fans might be hopeful that Fitz and Olivia can finally have their Vermont dream come true. Will that happen? Who knows, because there is still a lot of obstacles (Olivia's kidnapping, Jake Ballard) in the way of Vermont actually happening. But I wonder if Fitz will even think that far ahead...

Just because Fitz and Mellie could be heading towards a potential divorce, it doesn't mean Olivia is going to be so quick to run back to the President. In fact, she might make him work for her, because she's Olivia Pope, dammit, and he doesn't just "win" Olivia that easily.

The reason I'm rooting for a Fitz/Mellie divorce is mostly for Mellie. The FLOTUS is a power house and she deserves greatness, not the shadow she has been cast in by her wandering husband. Whether she runs for a political position, or just relinquishes all ties to the government, Mellie would be better off with someone who loves her unconditionally.

And then we have Jake. Jake isn't going to give up fighting for Olivia so easily (and as I said earlier, she might not be so quick to give him up, either). But if Olivia and Fitz are Scandal endgame, a Grant divorce brings Jake's future into question, big time.