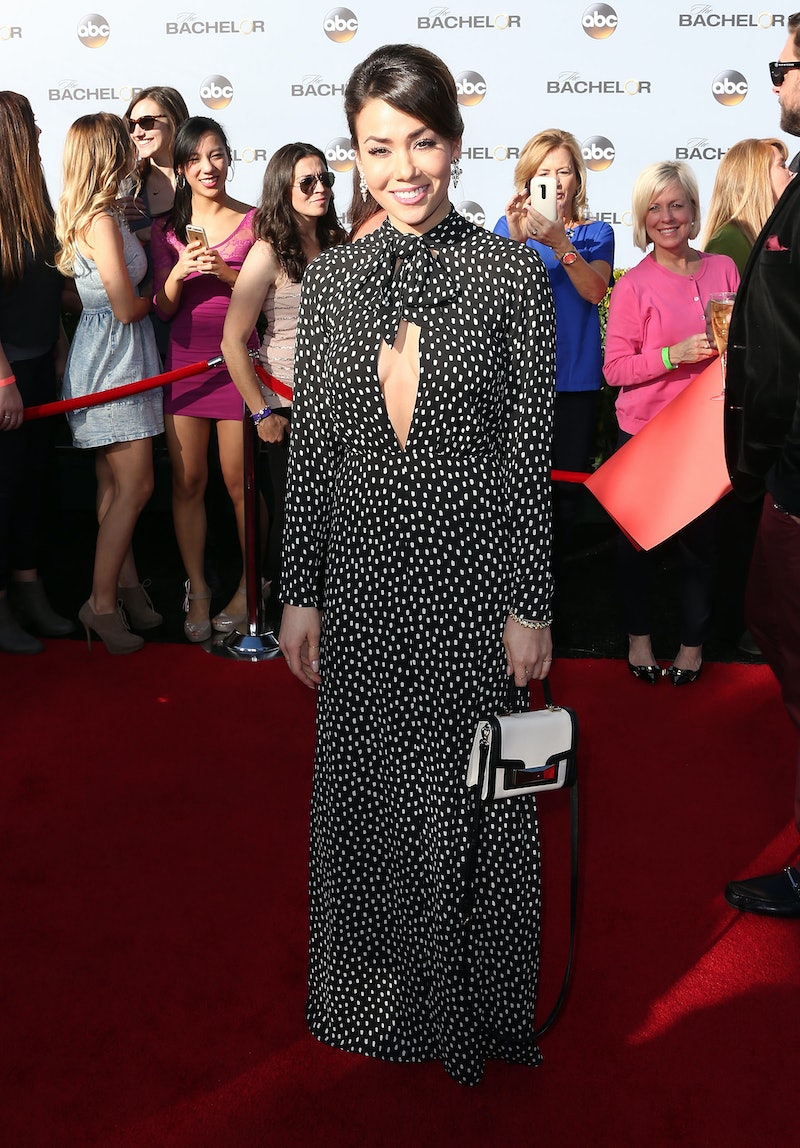 Although I'm trying pretty hard to erase Juan Pablo Galavis' season of The Bachelor from my memory, something good has finally come to one of the women who wised up and got the hell out of there. Remember Sharleen Joynt, the opera singer who decided to leave the show right before the hometown dates? She's finally found her happy ending, and it has nothing to do with icky, icky JP. On Sunday, Sharleen Joynt announced her engagement to boyfriend Andy Levine on Instagram with the most precious post ever — and her sparkly new ring isn't too shabby, either. The caption she wrote on the photo was the sweetest thing ever.

I've always been a skeptic when it came to love. I've often wondered if there was a better fit for me out there. I've doubted my choices and focused on the imperfections. I've rarely been certain. But, I've never been more sure of anything in this world than I am of this love. Thank you, @machinelevine, for making me a believer. I love you.

If you can't say your heart grew three sizes reading that, you're a liar. It seems that Joynt and Levine are pretty happy together, and I'm happy for them. There's just one problem: I've never heard of her new fiancé. Who actually is Andy Levine? Unfortunately, it doesn't appear that he's related to Adam Levine, as one might hope. There is good news, though. From his Instagram profile alone, I can tell he's a much better dude than Juan Pablo ever was — and he's even good looking, at that.

You want a man who will surprise you with things you like, like the tickets Levine gave Joynt to a play. The only thing Juan Pablo surprised anybody with was the fact that he was not-so-secretly homophobic. Those aren't the kind of surprises you want.

He understands the important things in life

Like savoring the last of your discontinued cereal. It's OK, guys — if they can bring French Toast Crunch back, anything is possible in the breakfast food world.

He's down with matching Halloween costumes

There are a lot — a lot — of guys who would never go for an idea like this, especially if it involves bunny ears, but Levine definitely seems happy to go along with Joynt's adorable Alice costume. Also, I kind of love that he has the whole silver fox thing going on. Like Clooney.

When they get married, she'll be Sharleen Levine