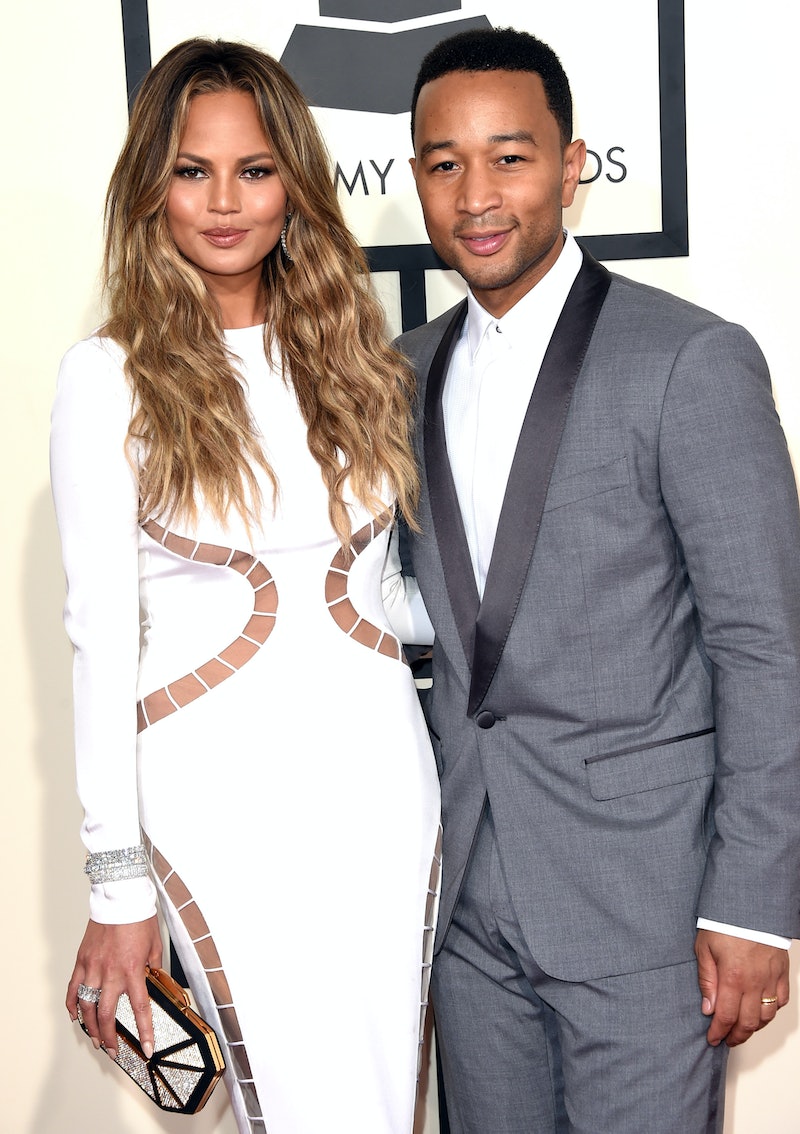 This supermodel is known for having virtually NO filter, but her latest interview is candid even for her. Chrissy Teigen admitted to having sex with John Legend at an Obama event, to which Legend responded with a big old facepalm. Hey, who can blame them? After all, what's more arousing than discussing public policy?

Teigen and her husband played a red carpet game with Extra TV at the Grammys (which she OWNED, by the way) that involved picking embarrassing questions out of a hat, and Teigen was asked to admit a public place that she "did it." Probably because she and Legend have a sex life that is so white hot that there were TOO many places to choose from, Teigen asked, "Best or worst?" Legend was like "Best," and she was like "'Kay." Teigen responded, "Probably the Obama thing!" and Legend was left stammering like Elmer Fudd in the wake of his wife's info-spill, before he eventually forced out an answer, "We're not gonna discuss it." GAW!! He's even MORE adorable when he's embarrassed!!!

After regaining his composure and shrugging off his endearing befuddlement, Legend specifies that it totally happened before Obama was president. Just to reassure us, Teigen was like "Yeah, DEFINITELY not at the White House." Sure thing, you two. (WINK, WINK.)

These guys!! Their relationship is EXACTLY what you expect it to be. Teigen is the zany, off-the-wall partner who's always getting them into kooky misadventures, and Legend's the left-brained, reserved one who's always getting them out of trouble. He's Ren, she's Stimpy. He's Kenan, she's Kel. He's Ricky, she's Lucy. Does anybody else smell a sitcom here?! Because I think it could be TV gold. The pilot can open with them attempting to tango horizontally in a broom closet at the DNC. Think of the shenanigans that will unfold!