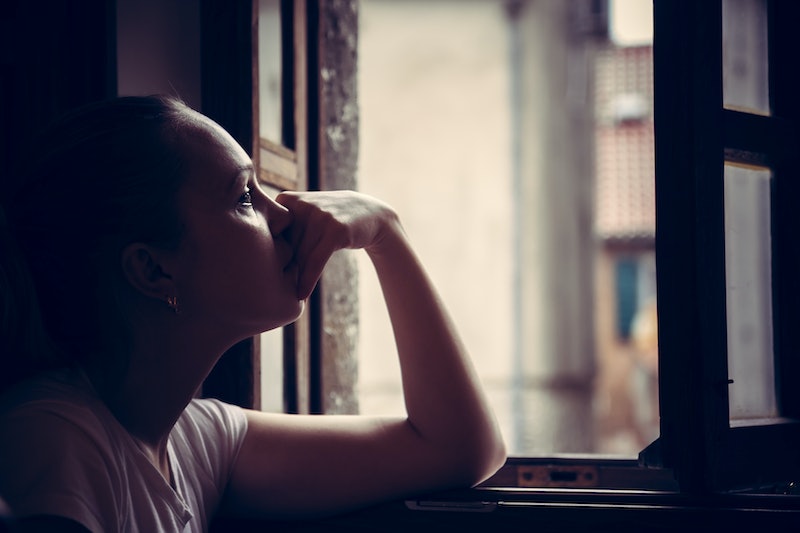 Ah, singledom…it’s fabulous in your twenties, and then it seems as though the world goes baby crazy and everyone scrambles to find a mate. A new study, trying to make sense of this dating game, found that humans are biologically programmed to be risk-averse when it comes to high-stakes decisions such as mating — in other words, men and women should settle rather than continuing to look for “the one.”

Researcher Chris Adami at Michigan State University used computational models to trace the risk-taking behavior of humans, going back thousands of generations. He found that in high-stake situations, such as whether or not offspring will be produced, humans tend to make only safe bets. In all of the generations that Adami studied, humans were more likely to mate when they had the chance, rather than hold out for a better partner — one who might never come along at all.

It seems like a simple enough story to report, right? Well, to give these findings a buzzy edge, many media sources have made it about how women need to lower their dating standards. Salon’s Mary Elizabeth Williams points out that even though this study was done to understand the mating habits of both male and female humans, prevalent cultural assumptions allow the men in this equation to be totally erased — apparently, it's only women who need to become desperate daters. Williams refers to the fact that many of the articles on this study have told women to "call off the search for Mr. Right," and to "stop looking for Mr. Perfect,” without considering that Ms. Right and Ms. Perfect might also exist.

Women absolutely have the right to be offended by this sexist angle — and guess what? It also turns out that other studies have proven that it’s not only women who settle for Mr. Almost-Perfect. Biological anthropologist Helen Fisher conducted a study in 2012 wherein 31 percent of male subjects reported that they would commit to a woman who they were not in love with, as long as she met some of the attributes they desired in a mate. So even though this doesn’t mean that women are finding their ideal partner, at least it counteracts the stereotype that women are scraping the bottom of the barrel for a date while men can snag any hottie they lay their eyes on.

So, if you are single and feel as though you can’t bear to swipe right on another semi-attractive Tinder profile, take comfort in knowing that you are not alone. The guys you're scrolling past might not really want to be there, either.