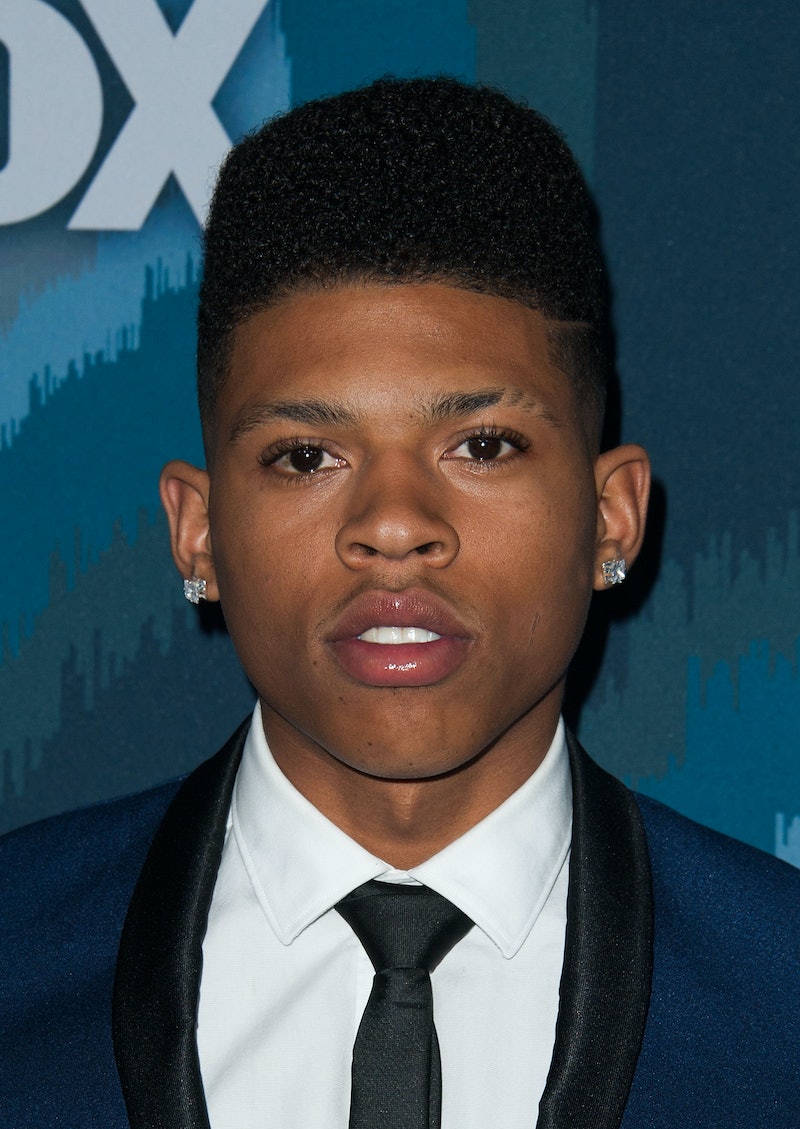 My list of must-see television is growing so quickly that I'm nervous I am entering hermit territory. It's winter though, right? One of my latest TV finds is Empire. The show brings a lot of drama, and because I am a huge hip-hop and R&B music fan, I love to get the inside scoop on the inner workings of this fictional musical (and dysfunctional) family. One of the stand out characters for me is Hakeem Lyon, Lucius Lyon's youngest son played by newcomer Bryshere Gray. We have uncovered that Gray had a rap career going for himself before the show, but there's one thing that remains pretty mysterious: how old is Bryshere Gray, anyway?

In my initial Google searches, I was surprised that his age wasn't mentioned anywhere. His IMDb page is fairly empty, which is to be expected considering this is his first acting job ever, and his Facebook fan page really does not give any clues, either. Then I started thinking: Is this intentional? Is he trying to hide something? When I saw him on-screen with his secret girlfriend Camilla, played by Naomi Campbell, he looked noticeably younger and his small stature adds to that fact. As a short girl, I feel the plight of always looking younger than you actually are.

So, I went straight to the source and tirelessly scoured his Instagram and Twitter because that's where the truth always lies and, lo and behold, I found something! In a post from two months ago, Gray posted a photo of himself cutting an American flag cake with hashtags indicating that it was his 21st birthday!

On Gray's Twitter, he also retweeted loads of birthday wishes from friends and fans, even before Empire premiered on Fox on Jan. 7. These tweets put his birthday on either Nov. 28 or Nov. 29. It seems like his Empire dad, Terrence Howard, even hosted a birthday party for him in Chicago!

After going through some of their social media pages, it's obvious that Bryshere Gray is loved by his cast mates, and is an incredibly humble and hard working young artist who deserves all the success he has gotten. As he told Vibe magazine, "I grew up in West Philly with a single mother, working three jobs trying to provide for me and my sister and not having money and trying to be this artist... it was hard. I just kept at it and it got me here." And at only 21 years old, he's got a very bright future ahead of him.

If you missed any of Gray's moments from Empire Season 1, watch Bustle's drunk recap here: