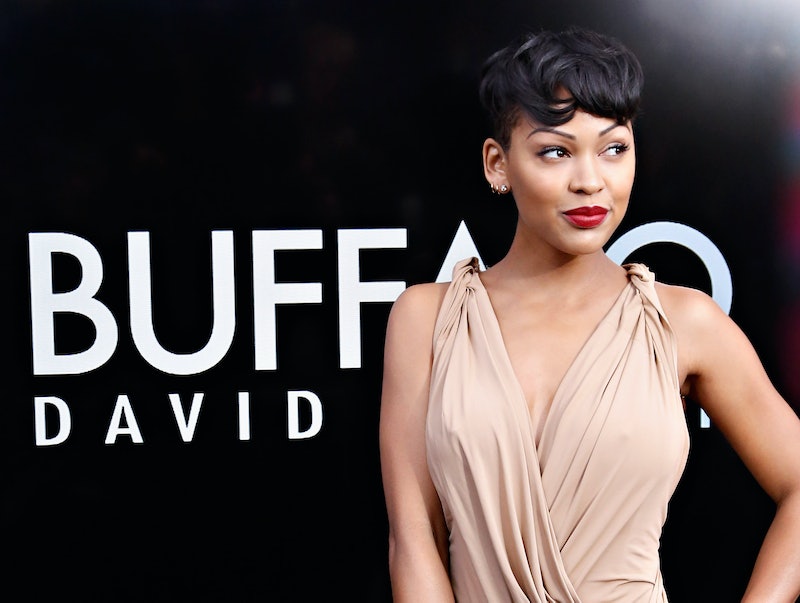 An upcoming NBC series is expanding its cast, and you should recognize one of its new faces. Deadline has just reported that Meagan Good will join Craig Robinson comedy Mr. Robinson , a six-episode series about a former musician (Robinson) who lands a job as middle school music teacher. Robinson's character isn't the only one who is exploring a second career — Good will star on the series as Victoria Weaver, a former Wall Street trader who decides to quit her high-stress job to pursue her real dream of becoming a high school English teacher.

This isn't the first NBC show for Good. The actress, who has a talent holding deal with the network, starred on the 2013 series Deception, in which she played a detective on the hunt for her friend's murderer. Prior to the NBC drama, Good had a recurring arc on Californication and My Wife and Kids. '90s Snick fans will remember her as Nina from the "my cousin's a puppet" comedy Cousin Skeeter.

Clearly, Good is well prepared for Mr. Robinson, which, so far, has only promised us six episodes of funny. But should the actress do as well on the series as her name suggests (God, that was a lame joke... sorry) we might see even more of her on the small screen in the future — whether with Mr. Robinson or not.