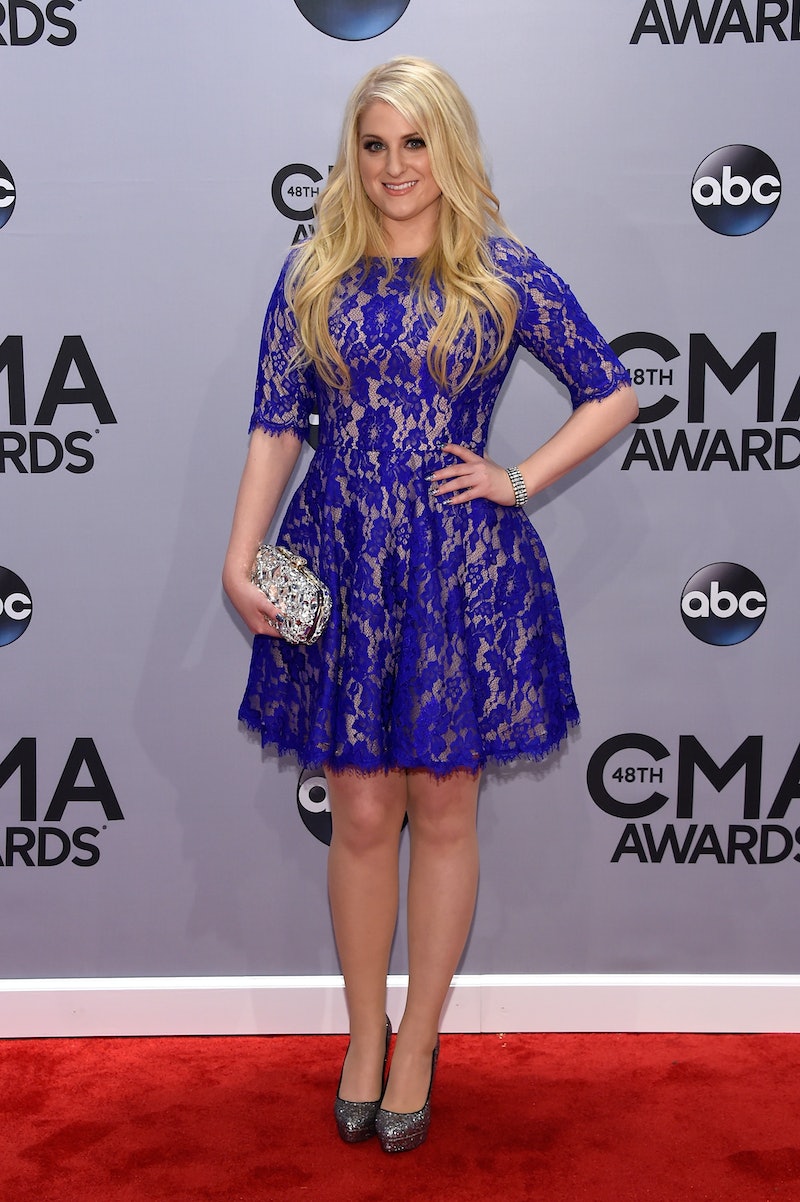 If you still can't get enough of "All About That Bass," you're in luck: 2014's breakout star, Meghan Trainor, is featured on Charlie Puth's debut single, "Marvin Gaye," and I can almost guarantee that you're going to fall in love with the retro-pop track after just one listen. Puth, who got his start singing covers on YouTube, is now signed to Atlantic Records, and if "Marvin Gaye" is any indication, I think he's destined for big things.

If you didn't already guess from the title, "Marvin Gaye" is a song about gettin' it on — but the lyrics take a sweet rather than explicit approach to sex. Well, most of the time, anyway. The out-of-place references to the Kama Sutra and "screamin' for mercy" might make you scratch your head, but when the track ends, you'll still be left with an overwhelming sense of "awww!" in your heart — just in time for Valentine's Day. How perfect. On the first verse and pre-chorus, Puth sings:

We got this king-size to ourselves

Don't keep your secrets to yourself

It's Kama Sutra show and tell

Whoa-oh-oh, there's lovin' in your eyes that pulls me closer

It's so subtle, I'm in trouble

But I'd love to be in trouble with you

Let's Marvin Gaye and get it on

You got the healing that I want

Let's Marvin Gaye and get it on

If you ask me, "Marvin Gaye" has all the makings of a major radio smash. Using Marvin Gaye's name as a verb is clever, and it'll probably help the song to stand out among other new releases. Also, I was humming the melody to myself almost as soon as it finished — that's usually a pretty good sign! While it can be tough for tracks from new artists to get the attention that they deserve, Trainor's name should definitely give "Marvin Gaye" an advantage. With any luck, Puth's debut single will become a hit.