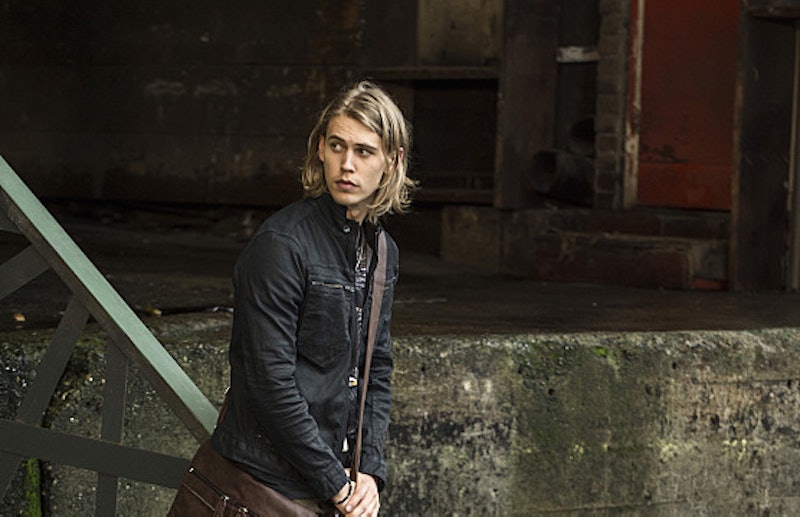 I knew Chase was trouble when he walked in. Attractive DJs don't just waltz into your nightclub in the Glades without an ulterior motive, Thea. I feel like this is something Thea should have learned by now, but no. She hired Chase, she let Chase spin the turntables a little bit, and guess what? Chase is totally working for Ra's al Ghul on Arrow . Nice going, Thea. He's been a shifty character from the beginning, so could Chase be someone from DC Comics? Now that we know his boss, it just might be true.

Even if you had your suspicious about Chase, like I did, I don't think any Arrow fans actually pegged him as working for Ra's — that honestly was a completely surprise. This also means that Ra's might be aware of Thea's connection to the Sara Situation, and he's asked Chase to watch over her. Whatever the case, now that he's in Verdant, it might not be long until Chase gets into the Arrow Cave. Team Arrow should prepare in case he breaks in, but that's basically impossible for two reasons. 1) Oliver and company don't know Chase as anyone more than the club's DJ and 2) Even if they do find out about his suspicious connection, they need to know who Chase is to fight him. Let's look to the comics to see if we can help them out with that.

Not surprisingly at all, the League of Assassins doesn't have any DJs on its current roster. Guess there's not a high demand for sharpshooters by day, disk-jockeys by night.

But that doesn't rule out Chase as being from the comics. He could have ties to Ra's in other ways. Ra's actually has a son named Dusan, but he was rejected at birth because he was albino. Arrow could go this route and just change some of the details, making Chase Ra's' son who was rejected for some reason, until being called upon to watch Thea. Or Nyssa could have been the one who sent Chase after Thea, because she could have figured out the whole Sara thing, too. Family's good for watching your back, right?

There are certainly other characters that Chase could be — like archer Jason Todd, who was involved with Mia Dearden in the comics, or Arrow could be making a completely departure away from the comics with his character. Not every single character on Arrow has to be pulled right from the DC Universe, and Chase so far doesn't appear to fit any outstanding character's description.

We also know next to nothing about him, other than the fact that he's a DJ, knows Arabic, is 'bros with Maseo, and could probably use a haircut (sorry, Chase, it had to be said). Whatever his deal is, Chase is already in Thea's life, so she needs