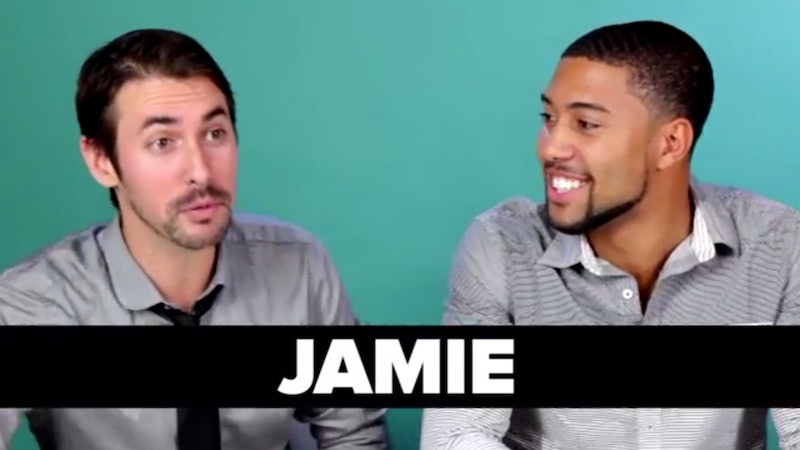 Look, I've been snubbed by the Oscars just as many times as Leo has, but have I ever complained once? No. I took it on the chin like a total champ. But right now, today is the day that I have finally reached my snubbery threshold: For some reason, my name wasn't included in the Buzzfeed video where men tell what they really think of girls' names, even though mine is the second most popular baby name of 2014 and has held the number one title longer than any name this millennium, but OKAY, WHATEVER, IT'S FINE. It could be worse. I could, for instance, be Kristen:

"Every Kristen would love The Hunger Games."

"Every Kristen would die first in The Hunger Games."

These are the kind of very intellectual discussions brought to us by men regarding their thoughts on our names, and although some of them are less than wonderful to hear (sorry, Amanda, you've been perpetually friend-zoned), you can tell that they put a lot of thought into their judgment calls. Hannah, for instance, has nice books, and Rachel can throw a punch so impressive that one man declares that if he had an army of people with only one name, they'd all be Rachels (which I guess has a slightly better ring to it than Stormtrooper #13950).

In any case, it is rare that we get this kind of honest insight into the male brain, so it is refreshing to hear their thoughts (even if some of them make zero sense). Because I know you're curious, yes, there is also a video where girls share their thoughts on boys' names. In the meantime, please enjoy this delightfully bizarre introduction to the male psyche: