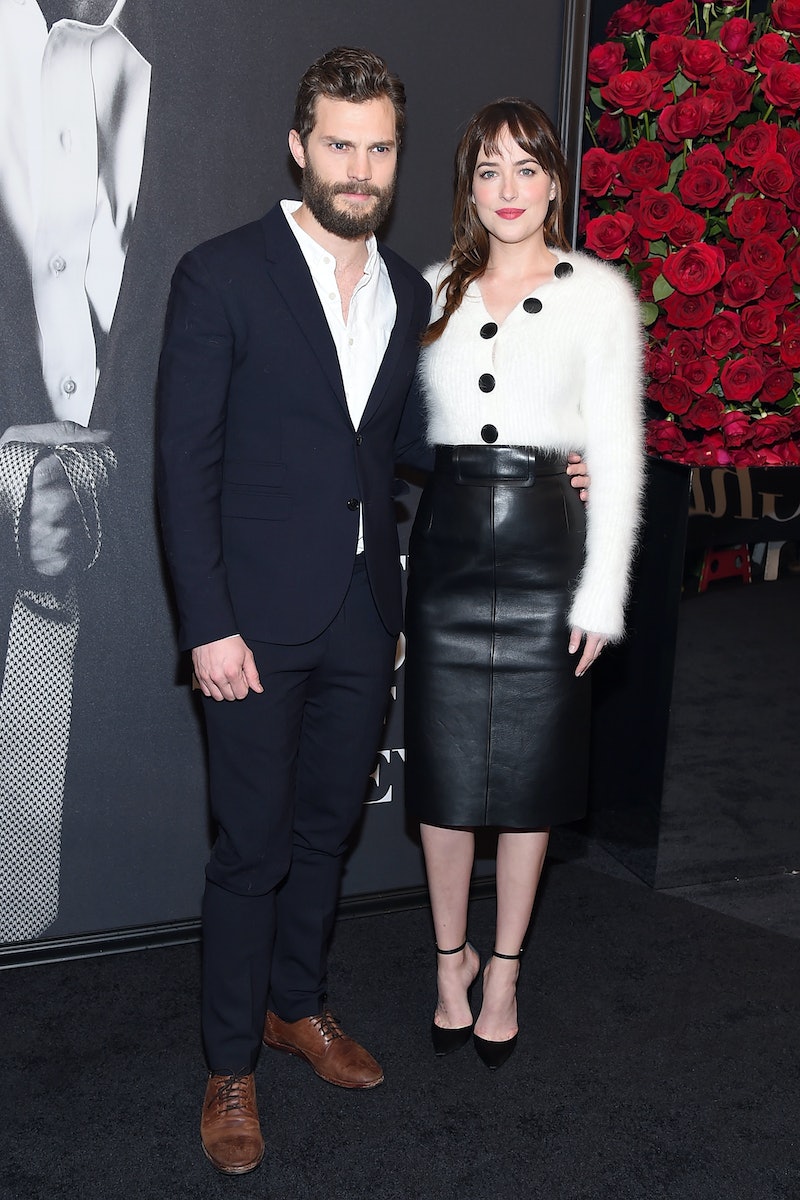 In case you're not aware, we have a pretty big weekend right on the horizon: Friday the 13th, followed immediately by Valentine's Day on Feb. 14. On top of that, the Fifty Shades of Grey movie hits theaters on Feb. 13, just in time for the special day. Of course, die-hard fans of the book have been counting down to the Fifty Shades of Grey release before the film was even made — in fact, copious amounts of people have purchased tickets in advance, and the tickets are even so sought after, that radio stations have started to give them away as a sweepstakes prize. I bet some people are even forgoing — or, at least, delaying — Valentine's Day plans just to see this movie.

With that said, the perfect event requires the perfect guest list. This means that you should probably think twice about who you invite to go to the movies with you when this film hits theaters in just a few short days — this is especially true given the racy (haha UNDERSTATEMENT) content of the film. There are plenty of people who you should not take to see Fifty Shades of Grey, because the awkwardness just is not worth it.

Trust me on this.

No one wants to watch any sort of sex scene with their parents. Most people watching films with their parents just end up having to get up to pee for an unrealistic length of time, or pretending to be really preoccupied with their cell phones during any sex scenes.

But, when a whole movie revolves around sex scenes, seeing it with your parents is just asking for trouble. Plus, you know how parents like to discuss almost everything with their kids? Could you imagine going out to dinner with your parents only to have your mom bring up ball gags and blindfolds? That is the kind of conversation you wish you could unhear.

This is kind of the same as not wanting your parents to see the movie, but potentially worse — I don't think I need to explain why.

This is just awkward. First dates are already pretty uncomfortable, so why on earth would you go see this movie with someone you hardly know?

This is just ASKING for an awkward 120 minutes.

If you are excited to see Fifty Shades of Grey, the last person you want to bring is a total hater. They are going to be making comments the entire time, making fun of the movie and probably making fun of you for being interested. This movie's content is not for everyone and that's OK, but you should surround yourself with people who are on the same page. Because yes, you know that a lot of the scenes will be so unrealistic, but you don't even care — so why let a hater ruin your good time?

We are all annoyed by toppers. Toppers are people who just have to top everything you say. They have to one up every story and, most of the time you know that they're just lying through their teeth. That said, you do not want to see Fifty Shades of Grey with a topper, unless you want to hear them talking about how the movie is so boring, and how they've already done all of these sexual acts (but better, and on a roller coaster or something). They're going to annoy you more than usual, and really take away from the movie-watching experience.

To be honest, this is about me. I laugh every single day. Sometimes it's really cute and endearing and other times people cannot help staring at me because I am laughing hysterically during a serious moment.