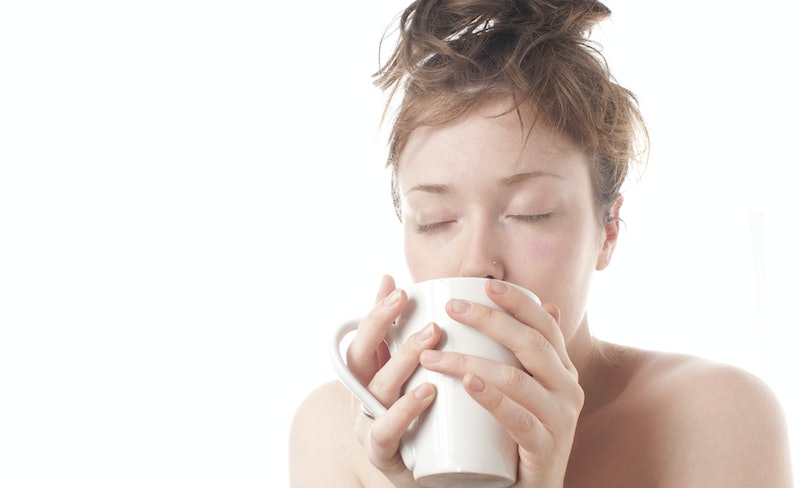 It turns out that babycore isn't the only thing from your childhood making a comeback. Something called bone broth is the newest health craze, and it was probably a key ingredient of the chicken soup your mom probably fed you when you had a cold as a kid. The tradition of eating broth when you're sick is far from a new idea, but recently, it's getting a reputation as a cure-all for all sorts of ailments, NPR reports. According to some, broth has the ability to fix bad joints, improve bone collagen, and heal wounds faster, kinda like some sort of Wolverine without the adamantium skeleton. It might sound too awesome to be true, but surely nobody would make these kinds of assertions without science to back them up. Right?

Well... Not so much. NPR took stock of the health benefits of bone broth (which is a pun I really wish they hadn't used first), and it's not actually all it's cracked up to be. Although authors Sally Fallon Morell and Kaayla T. Daniel claim that it's rich in collagen, the substance that essentially holds the body together, scientists beg to differ. Bone broth is typically made by "boiling down animal and fish bones, skin, cartilage, tendons and ligaments," which is the least appetizing thing I've read this month, but just because it contains ingredients with a lot of collagen doesn't mean that broth will give you stronger bones. Here's what associate professor of Sanford Medical College William Percy had to say on the subject to NPR: "Since we don't absorb collagen whole, the idea that eating collagen somehow promotes bone growth is just wishful thinking," Percy says. Instead, he says, the digestive system will break down the collagen into amino acids, and the body will use these building blocks wherever they're needed.

It's the same kind of logic that leads some cultures to believe that eating your enemy's heart will let you absorb their powers. Eating a soup made from animal bones isn't going to strengthen yours, any more than eating chicken wings will give you tiny useless wings. In fact, according to food scientist Kantha Shelke, if you want to build collagen, you shouldn't be turning to bone broth at all. You should be eating lots of leafy greens. She told NPR that "plants offer richer sources in collagen building blocks and, in addition, provide nutrients not found in sufficient quantities in meats or broth."

Dammit, science! Stop telling me to eat my vegetables.

Bone broth does have one thing going for it, at least; a study back in 2000 indicated that chicken soup does reduce inflammation in sick people. According to NPR, it's also a great post-workout meal thanks to its rehydrating abilities as well as all the sodium, which is a good way to replenish electrolytes. (These also both happen to be excellent ways to treat a hangover, by the way. You're welcome.)

So bone broth isn't completely useless, but it's far from the miracle food that some people make it out to be. Basically, we've got to stop expecting one thing to cure everything that's wrong with our bodies. We're never going to get all the nutrients we need from one source; the point of a balanced diet is that the human body needs a lot of different things to function, which we get from a lot of different places.Also, eating something whole doesn't let us absorb its characteristics. Come on, people.