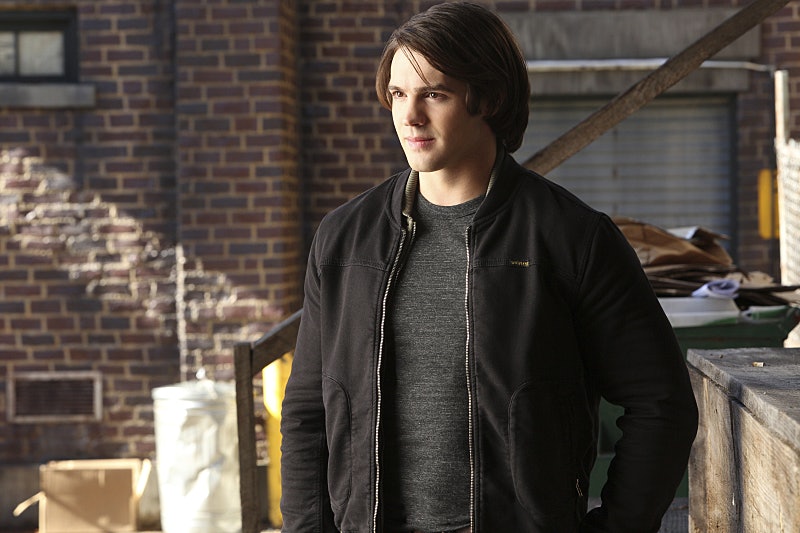 When a character constantly dies only to inevitably come back from the dead, it's hard to really take talk of their impending departure all that seriously. Kinda like the bicep-induced sheep that cried wolf. So when it was announced that Steven R. McQueen is leaving The Vampire Diaries during Thursday's ironically titled episode "Stay," I couldn't help but feel a bit skeptical about the whole thing. I mean, is he really leaving or is this just another cruel Julie Plec fake-out? But, after doing a little digging, it seems this latest goodbye may actually be for keeps, at least in terms of seeing Little Gilbert on a week-by-week basis: Jeremy really is leaving The Vampire Diaries. For real.

Now given TVD's penchant for producing gut-wrenching exits via bloodshed, I originally assumed the show intended to kill Jeremy off rather than have him just pack up and leave. Well, it turns out, I couldn't have been more wrong. In fact, Plec herself confirmed to Entertainment Weekly that "He's growing up and moving on. He will be out living a real life." So when they say Jeremy is leaving for art school they really mean... he's leaving for art school. That's it. End of story. Granted, his bon voyage is sure to have its fair share of tear-inducing moments (another TVD staple), but fans can take comfort in knowing that he's still out there, breathing air and doing push-ups.

Of course, that's not to say that he won't eventually come back to Mystic Falls for a visit from time to time. (Colleges are known to have summer and winter breaks, you know.) But in regards to his series regular status, I can confidently say that tie has permanently been severed. And while I'll certainly miss those biceps and back muscles, I have to be honest: I think this move is probably for the best. Stake me in the heart for these words if you must, but Jeremy has been kind of a major douche this entire season. (I can practically hear your collective gasp of anger from here.)

But I mean really, what has he done other than drink, exercise, and wallow in self pity? The guy has not been that great to be around lately and his biggest shining moment thus far has been to successfully press a garage door button Ghost-style. Not exactly much to write home about, especially in comparison to this guy…

LOL. So good. Plus, I'm sorry, but I so prefer Bonnie without Jeremy. Last year, all they did was make-out constantly and rarely be seen. Now she's kicking ass and being awesome (though I do have to give some credit of that to the fact that she's in the '90s where everything is amazing). And now that her return is underway, I can't help but feel a certain amount of relief that Jeremy won't be there to greet her. The single life looks good on Bonnie and I'm not ready to give that up just yet.

I guess it's like they always say: "parting is such sweet sorrow." Let's just all hope it also doesn't inspire Elena to burn down yet another house. The Salvatore mansion has been through enough.