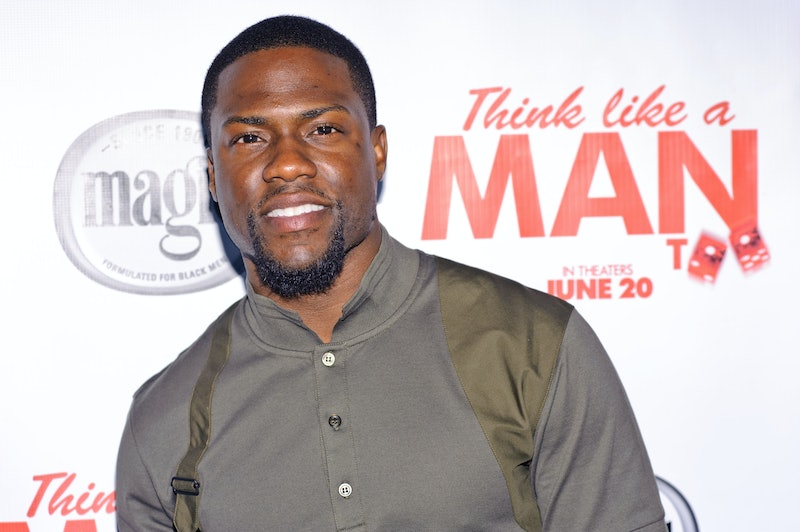 The list of Oscars presenters is getting longer: On Tuesday it was announced that the list of Academy Award presenters would include stars like Jennifer Aniston, John Travolta, and Octavia Spencer — and today a few more big names have been added to that list. According to Just Jared, Kevin Hart, who stars in the upcoming comedy Get Hard with Will Ferrell, will present an award. Hart's not the only celebrity opening an envelope this March. According to reports, the newest Oscar presenters include Ben Affleck, Naomi Watts, Jessica Chastain, Chris Pine, Shirley MacLaine, Miles Teller, and Viola Davis.

The reason why many stars are chosen to be presenters is because, while they may not have received the Academy's nomination for their own work, the productions that they were involved with were recognized by the Academy. For instance, while Teller was not nominated for Best Actor in a Leading Role for Whiplash, his co-star J.K. Simmons was for his supporting role in the film.

That's not to say that these presenters won't help make the Oscars a special night. I can't wait to see what stunt Hart pulls on stage when he presents his award, and there's never a time when I don't want to hear Teller talk. (But seriously, can you blame me?) The 2015 Academy Awards is the most star-studded event in Hollywood — and even if the nominees were lackluster this year, this list of presenters is quickly making up for it.