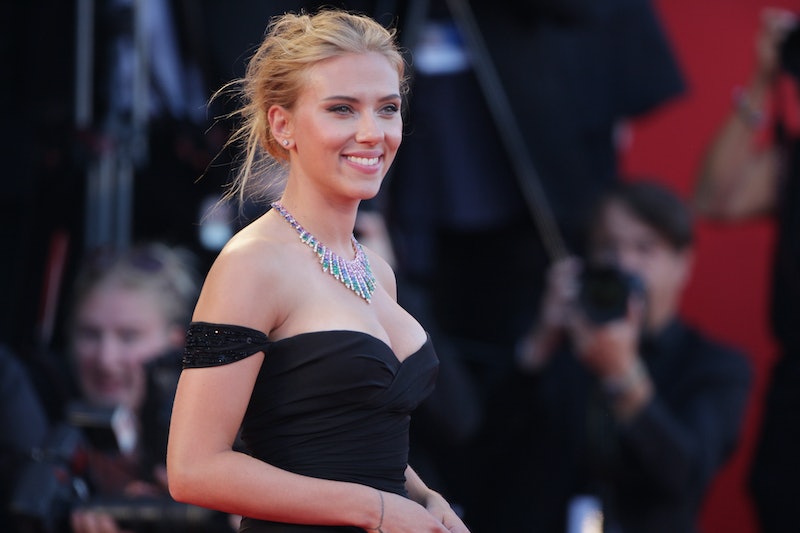 Today in TOTALLY BREAKING, ABSOLUTELY SHOCKING, OMG I CAN'T BELIEVE IT news: Scarlett Johansson is sexy. Also, the sky is blue, grass is green, etc. etc. The one event that could have possibly prompted this crazy, out of the blue, never before considered news item: Esquire has reportedly named Scar. Jo their "Sexiest Woman Alive" for the second time, after previously giving her the honor in 2006.

But seriously — it's obvious by just glancing at Scar. Jo that she's one of the sexiest women on the planet, and it's only backed up by the fact that she's smart (remember when she shut a reporter down for asking her Avengers co-stars poignant questions about their roles, then asking her a question about underwear?), a good singer (her album with musician Pete Yorn was excellent), and just an overall talented person. Plus, with the release of Spike Jonze's Her coming up, a film which is sure to be Oscar gold, ScarJo's about to become an even hotter commodity in Hollywood than she already is. So, Esquire isn't wrong here — it just made an obvious pick.

Anyway, Johansson also receives the honor of being the only woman to ever win the honor of Esquire's "Sexiest Woman Alive" twice, which is just another thing to add to a list of reasons why she's perfect.

"I'm the only woman to win twice right?" Johansson asked after being awarded the honor, according to Esquire. "You know, I gotta hustle. I'm a 28-year-old woman in the movie business, right? Pretty soon the roles you're offered all become mothers. Then they just sort of stop. I have to hedge against that with work-theater, producing; this thing with Esquire."

A sense of humor, too. No one else had a chance.