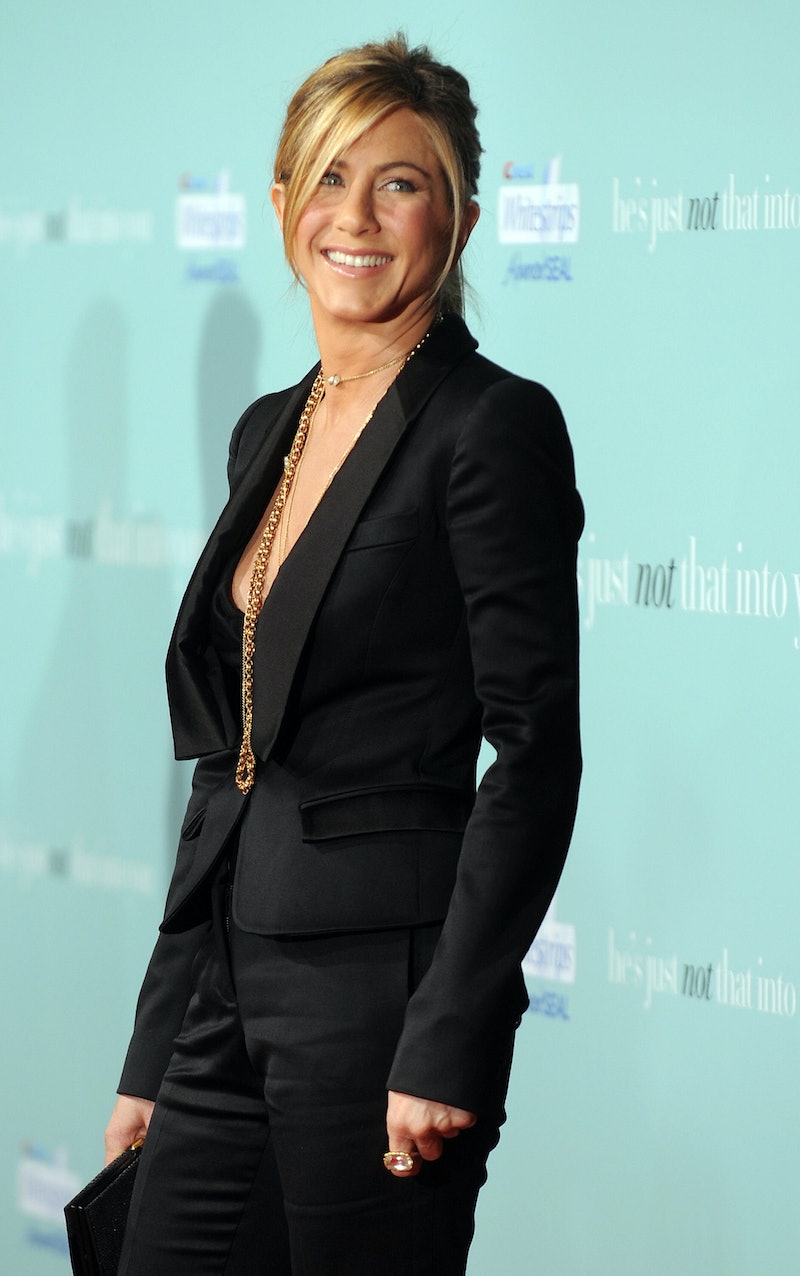 Ever since she appeared on Friends as Rachel Green, fans haven't been able to get enough of Jennifer Aniston. Guess what? We still can't get enough of the woman who turns 46 on Feb. 11. She continues to make waves onscreen and in real life, which is something I, for one, can't stop recognizing. Not only is Aniston a fantastic actress (some are still wondering why she wasn't nominated for an Oscar this year), but she's also an inspiring figure for women of all ages.

From teaching the world what feminism really is to showing women that they can have it all, Aniston continues to be a remarkable figure for females and equality.

With that said, and seeing as it's Aniston's birthday, I thought there'd be no better way to honor her than by listing off a few (six, to be exact) of her inspiring and motivational quotes that make women feel like they can rule the world. Basically, Aniston is a real-life superhero giving women the hope they need to conquer the world and follow their dreams.

Now, let's check out these quotes from the actress (one might also be from Rachel Green, because, why not?), which will surely improve your day on every level.

Aniston defines feminism better than anyone I know.

"The women that inspire me are the ones who have careers and children; why would I want to limit myself? I’ve always wanted to have children, and I would never give up that experience for a career. I want to have it all."

See? Women can have it all, and Aniston believes it wholeheartedly.

"I don’t have this sort of checklist of things that have to be done, and if they’re not checked, then I’ve failed some part of my feminism or my value as a woman because I haven’t birthed a child. I’ve birthed a lot of things and feel like I’ve mothered many things, and I don’t think it’s fair to put that pressure on people."

Thank you, Jennifer, for showing that women don't have to have children. It's not in everyone's DNA. And even if in the previous, older, quote she talked about wanting kids, the point is that women have the power to choose.

"No uterus, no opinion."

OK. So, Rachel Green said this, but it still totally counts.

"I would say I couldn't be in a relationship without equality, generosity, integrity, spirit, kindness, and humor. And awesomeness."

"I don't know. I don't ... like... girls.... whining... and complaining... about... wanting a man! I never liked Sex and the City, the kind of thing where women only feel empowered once they find The Man. It is just not up my alley. I don't believe in it. There is nothing you can control about love."