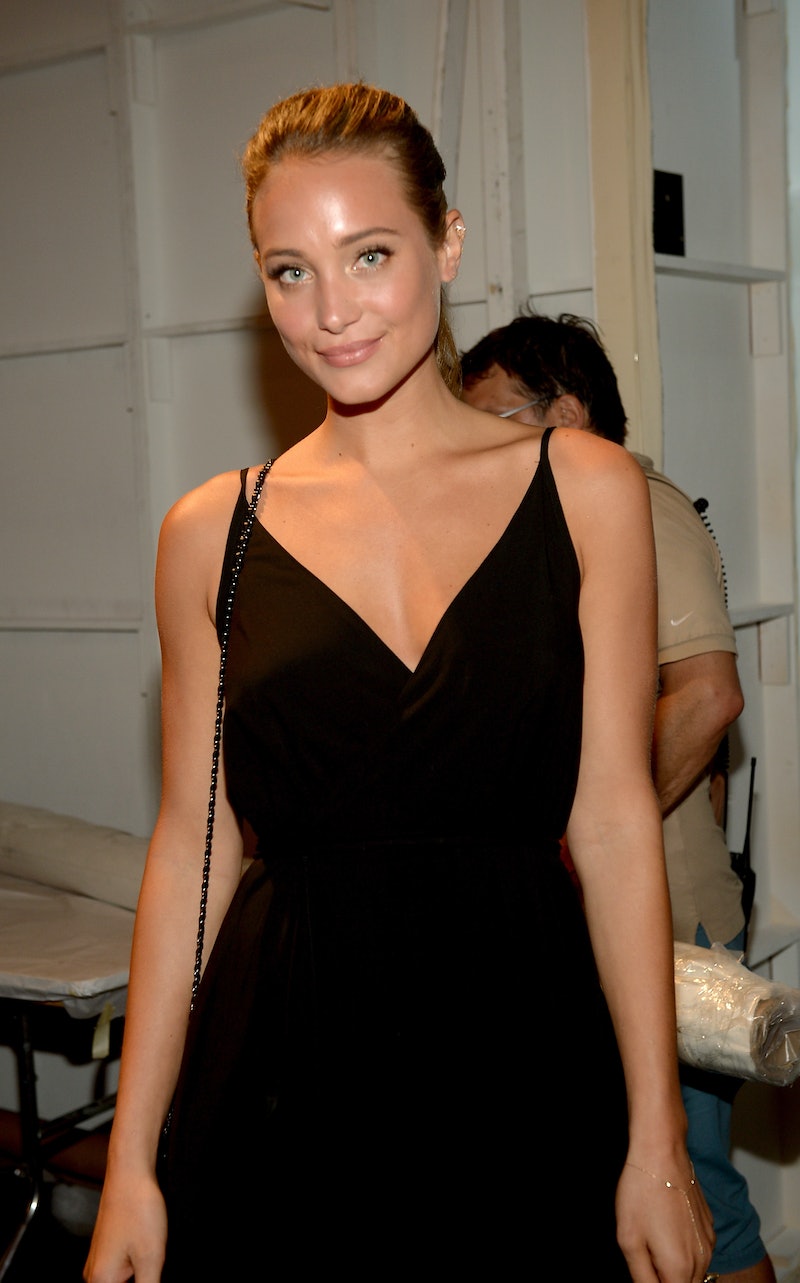 There's been a lot of talk about Sports Illustrated's recent swimsuit issue, for a lot of reasons. There was the awesome news that they chose to feature Ashley Graham, the mag's first plus size model ever. And then there was the buzz about whether or not cover star Hannah Davis' pose was a little too scandalous. Whether you thought she went too far or that it was artistic-ish, here's what Davis had to say about it. According to Allure, Davis didn't think anything was wrong with the cover because she kept her bottoms on.

When Allure asked Davis if she ever had a moment when she worried she had pulled them down too low, she replied, "No, because I knew the bottoms weren't off of me. So I kind of knew they were OK."

Technically, she's right. Her bikini bottoms were still totally on her. But I will say that I think they were just as much on her as they were off. See: tugging motion of her hands. So, I guess that's where the "kind of" in her response comes from. It's up for interpretation, though I can guess which way 99% of Sports Illustrated's readers are looking at it.

Oh, and in case you were wondering the way in which she, um, prepared herself for the photoshoot, Davis said she had herself waxed the day of. "Oh, I just got waxed, like, right before," she told Allure. Which is really the only explanation for how hairless her body is. That and Photoshop. Obviously.

In case you needed a refresher on what it all looked like, see below.