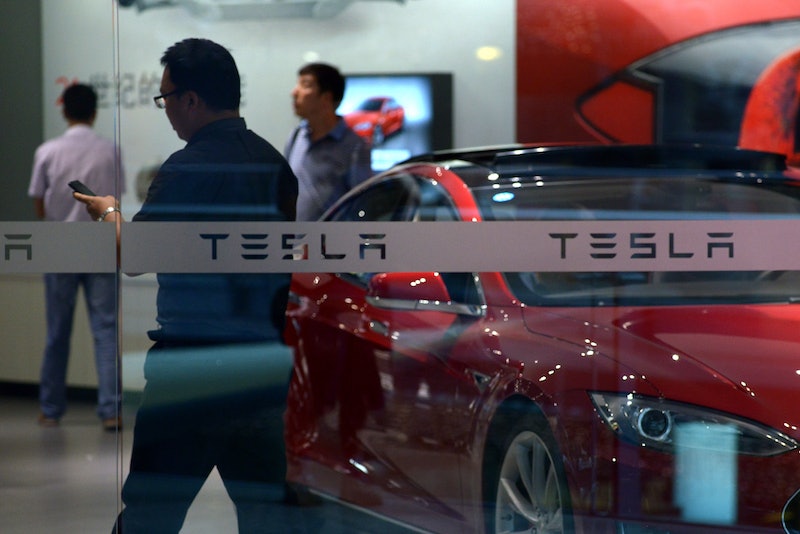 Electric car juggernaut Tesla closed out 2014 by hitting their goal of manufacturing 11,627 vehicles in the fourth quarter to finish the year with 35,000 automobiles built. Although not every car made it to its destination by the end of the quarter, Tesla's far larger worries are its poor sales in China, which contributed to an overall loss of $107.6 million. CEO Elon Musk remains hopeful that Chinese sales will soon rival those in the U.S., but last month's sale of 120 vehicles in China is just one tenth of what Tesla sold in America.

Tesla feels that their vehicles could not only make a difference to the smog-stricken country, but be a major boon to the company. China is also eying electric cars as a possible solution to its pollution problems. Teslas and all electric cars are eligible for free license plates, but only Chinese-made electric vehicles are eligible for additional incentives as part of an initiative to get 5 million eco-friendly cars on the road by the year 2020. Likewise, a lack of readily accessible charging stations also contributed to Tesla's inability to reach their 5,000 vehicle sales goal. The company fell short by 1,500 vehicles. Compared to Europe's more than 120 free Supercharger stations, China has just 52 stations.

According to Tesla's most recent shareholders letter, the company's fourth quarter shipping issues were attributed to "a combination of customers being on vacation, severe winter weather and shipping problems (with actual ships)," which delayed the shipment of at least 1,308 vehicles until the first quarter of 2015. They're looking to increase deliveries by 70 percent overall this year in addition to potentially firing or demoting low-performing employees. Per an internal email, Musk stated that managers "will be asked to leave or assume a more junior role. This has already happened in China and will likely happen in some other countries, too."

In addition to announcing its earnings, the company acknowledged the departure of Tesla's VP of Communication in China, June Jin. Jin is the second heavy-hitting employee of Tesla China to leave the company in three months. China President Veronica Wu quit the company in December. Still, Tesla is committed to continuing their expansion. The company's quarterly letter boasted big plans to attract customers in China:

Our China initiatives include simplifying the buying process there by having Tesla personnel install charging points at customer homes or businesses well before vehicle delivery. We now offer a turn-by-turn navigation option in China that we provided retroactively through a remote software upgrade to all our customers with appropriately optioned cars, and we believe our new executive seats and second row center console will be quite popular with new China customers.