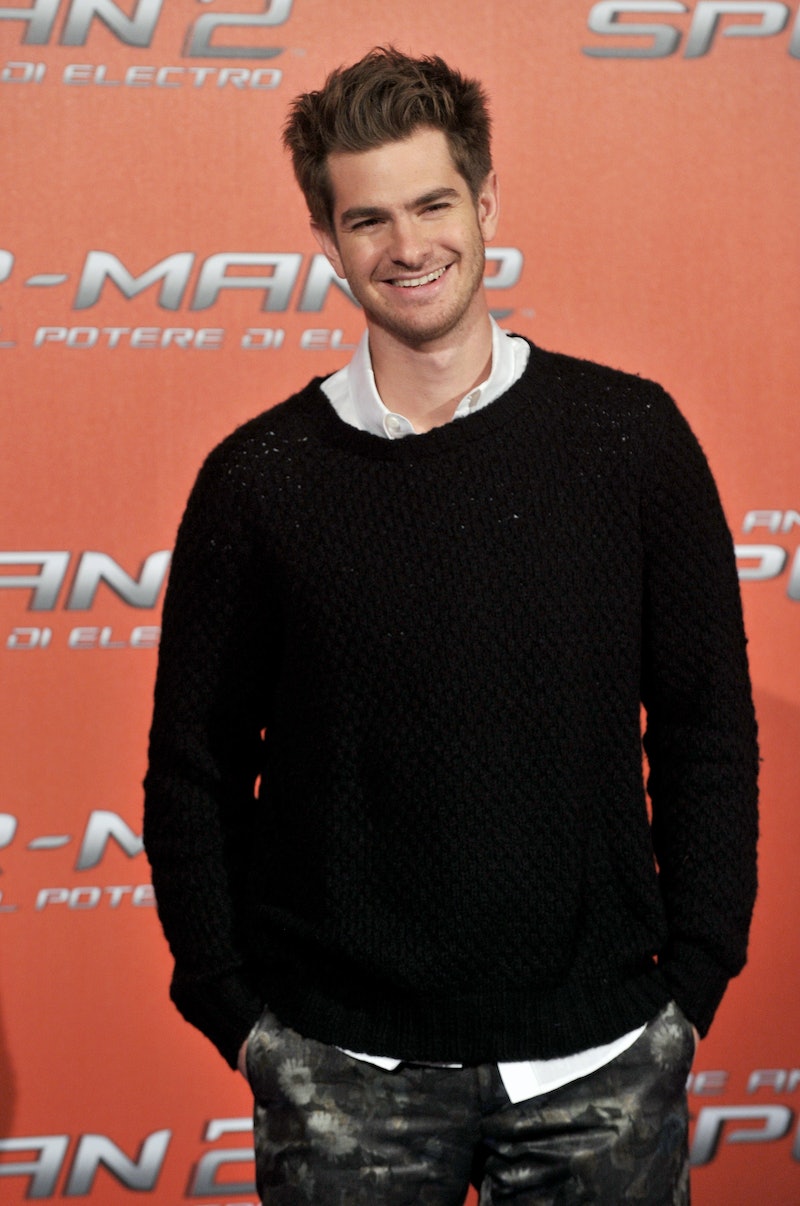 It's that time of year again! Everyone is talking about the Academy Awards and the conversation has moved beyond the nominees and presenters — fans want to know whose significant others will be on the red carpet as dates. For instance, I can't help but wonder if Andrew Garfield will attend the Oscars with his girlfriend Emma Stone. I mean, Stone is nominated for an award. That's a big deal!

I really hope that they go together. They are such an adorable couple, but not too adorable. They play it cool and don't make me want to vomit from cuteness overload. It would be so nice to see them walking the red carpet as a couple for Stone's big night as an Oscar nominee for Best Supporting Actress for her role in Birdman. At this point, there is no confirmation that Garfield will be present. He has not yet been added to the list of presenters and he isn't in any of the nominated films, but even still, there is a strong buzz that he will be in attendance. Here are a few points of evidence for each side.

He Missed The Other Award Shows

If you followed the red carpet coverage for the other big award shows this season, you know that Garfield was not present. This may seem like a strong indication of an Oscars no-show, but wait just a second. There was actually a very legitimate reason for his absence. Garfield was busy filming a Martin Scorsese film called Silence. If I was him, I would definitely not ditch a Scorcese production to attend an award show when I was not even nominated. This is a perfectly rational explanation for missing the previous award shows. Unfortunately, the movie is still filming, so this means Garfield might not be free to attend. But to put a positive spin on this, Garfield has not attended any other award shows and maybe this builds up a to free pass to attend the biggest one of all...

Emma Stone is known for her roles in comedies like Superbad and The House Bunny, and she has done a lot of other great work, but this recognition for Birdman is major for her. This nomination puts her career on another level and demonstrates that she is taken seriously as an actress. No matter what happens in her life, she can always be referred to as "Oscar-nominated actress Emma Stone" and that is a big feat. It would only make sense for Garfield to be there and support his longtime girlfriend in this.

There Are Rumors That He's Going

It might seem a little silly to base my "evidence" on rumors, but positive rumors are a good sign. Now that his schedule has cleared up, it's been rumored that Garfield will be present at the Academy Awards. Reportedly, he "can no longer contain his pride and excitement" over Stone's nomination. Huh. Sounds promising, right?

Now, we just need to keep our fingers crossed that he'll be there.