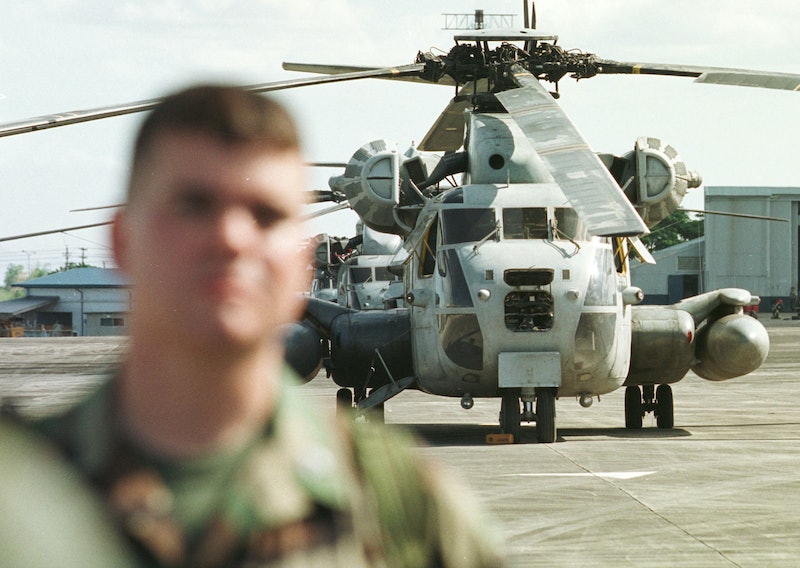 U.S. forces had a big victory over the weekend when the captured Abu Anas al Libi, a wanted al Qaeda operative, during a raid in Libya. Libi, who was found by U.S. Army Delta forces, is wanted in connection with two 1998 bombings of U.S. embassies in Kenya and Tanzania that killed 12 Americans and hundreds of Kenyans.

The suspected bomber is currently being held and interrogated on a U.S. Navy ship in the Mediterranean Sea. It is expected that he will be transported to New York, where he'll face criminal prosecution.

The capture of Libi isn't just significant because of his association with attacks on Americans but also because of the potential intelligence he may have about future attacks or plans by al Qaeda. Libi has reportedly been a member of al Qaeda since 1994 and was believed to be a close confidante of Osama Bin Laden.

Libya's interim government is calling the raid and subsequent detainment of Libi a kidnapping, and calling on the U.S. government to explain itself.

The news of a successful operation in Libya comes as U.S. forces were engaged in another raid in Somalia aimed at the al Qaeda-linked group al Shabaab, the entity claiming responsibility for the deadly attack on Kenya's Westgate Mall.

When it comes to the result of the raid in Somalia, officials were less clear. Pentagon spokesman George Little said that the operation was aimed at a "high value" target but that the Pentagon was "not prepared to provide additional detail at this time."

U.S. Secretary of Defense Chuck Hagel released a written statement regarding the raids on Sunday saying that the operations "send a strong message to the world that the United States will spare no effort to hold terrorists accountable, no matter where they hide or how long they evade justice."

More like this
6 Organizations Fighting Police Brutality That You Can Support Right Now
By Syeda Khaula Saad and JR Thorpe
Watch Jacinda Arden’s Devastatingly Honest Resignation Speech
By Sam Ramsden
Twitter Has *A Lot* To Say About The "Single Penalty”
By Sam Ramsden
What The UK Blocking Scotland’s Gender Recognition Bill Means
By Sam Ramsden
Get Even More From Bustle — Sign Up For The Newsletter
From hair trends to relationship advice, our daily newsletter has everything you need to sound like a person who’s on TikTok, even if you aren’t.