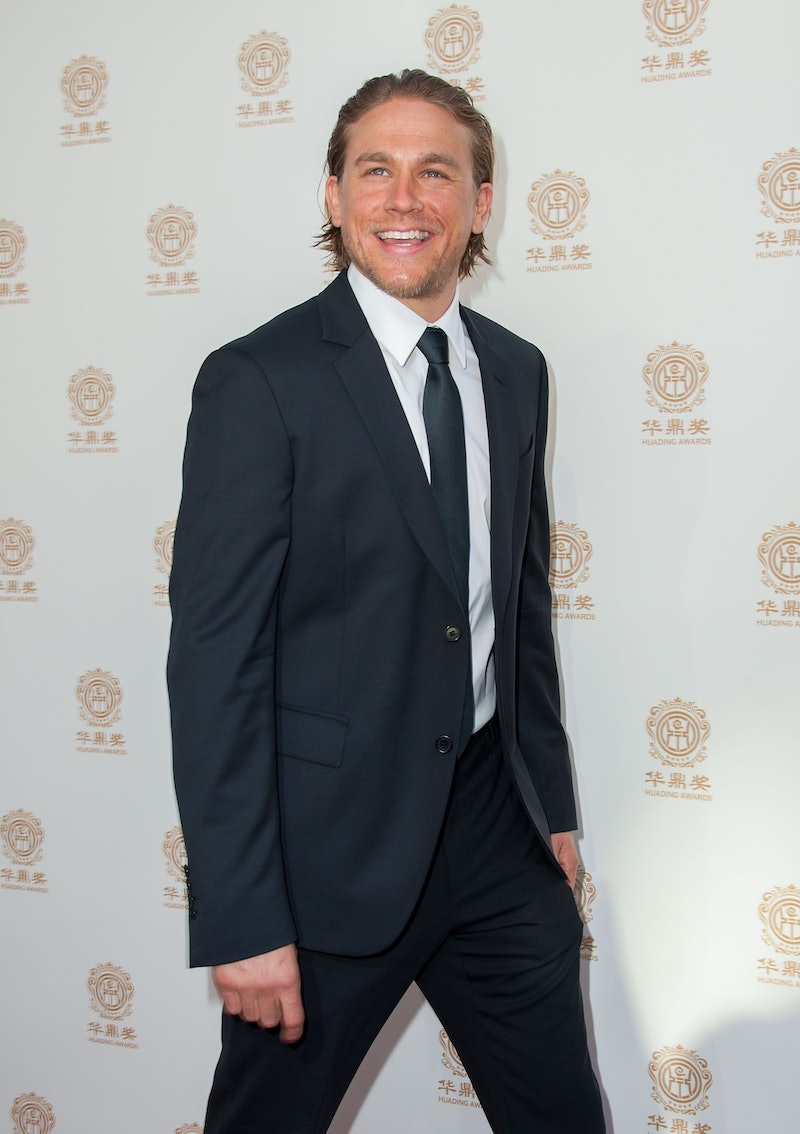 If you're a fan of Sons of Anarchy and Jax Teller, then this story is one you'll want to most definitely read. For those who've been wondering what Charlie Hunnam's favorite smell is, look no further, because the actor is letting the world know! First, it's not the scent of a woman or the sweet smell of ice cream (which we all know he loves to make) or the scent of Calvin Klein Reveal (the cologne which he's the face of), but it is the smell of his cat, George. Say what?! Not only is that freaking adorable, but also somewhat surprising. In a chat with Canada's The Kit, Hunnam said,

This might sound completely weird, but my favorite smell in the world is my cat, George. My cat smells so f–king good. If he's been curled up in a ball for a while and asleep — his little chest just smells so good.

While some people like the smell of fresh cut grass, coffee, chocolate, or cologne, among many other commonly loved scents, Hunnam can't get enough of his cat. Now, you can add that fun fact into the mix of things you didn't know you wanted to hear about the actor. Also, if you're wondering, Hunnam also revealed to The Kit that he enjoys the smell of "Eau de Marijuana." He explained, "I don't want to be misunderstood--I don't smoke marijuana personally. I just occasionally walk through a cloud of it, which is common in Los Angeles, and the smell sticks to one's clothing."