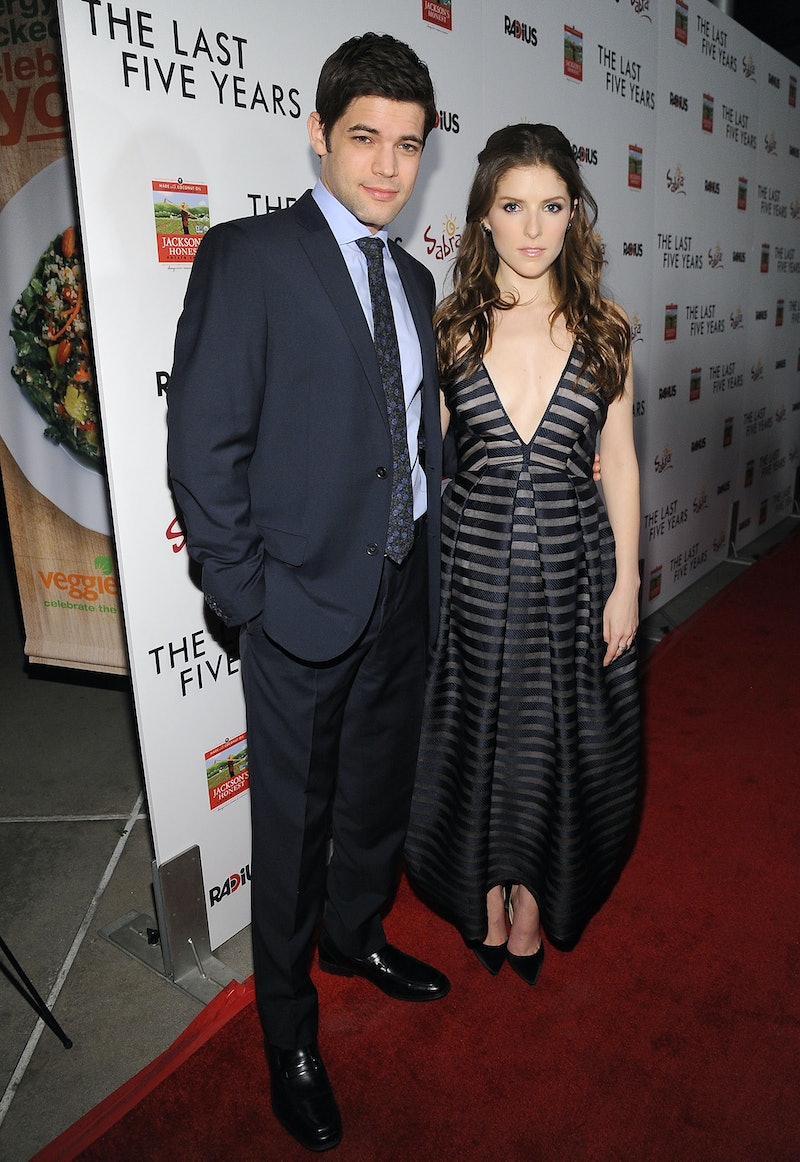 On Friday, Feb. 13, The Last Five Years film adaptation hits theaters and VOD, starring Anna Kendrick as Cathy and Jeremy Jordan as Jamie. The two have incredible chemistry onscreen as they portray a relationship falling apart over the course of five years, but they weren't the first actors to play the struggling couple. The musical originated in Chicago in 2001, starring Norbert Leo Butz as Jamie and Lauren Kennedy as Cathy. If Butz's name sounds familiar, it's because you've probably seen him around a lot over the years. Not only did he move off-Broadway with The Last Five Years in 2002, but he also was seen onstage in Rent as Adam Pascal's replacement for Roger in 1996, as the original Fiyero in Wicked, and played two Tony-award winning roles: Freddy in Dirty Rotten Scoundrels and Carl in Catch Me If You Can. He also has had plenty of film and TV roles, including Disconnect with Alexander Skarsgard and Jason Bateman and an important character in upcoming Netflix series Bloodline.

Both Kennedy (who originated the role of Cathy in Chicago) and her off-Broadway replacement Sherie Rene Scott also have impressive resumes, including Monty Python's Spamalot! and Les Misérables for Kennedy and Aida and The Little Mermaid for Scott. When the show was revived in 2003 off-Broadway, none of the original stars returned — instead, Adam Kantor (Jamie) and Betsy Wolfe (Cathy) took over. Both versions of the show have their own cast recordings, and each one is slightly different than its predecessor. After you've listened to the Last Five Years movie soundtrack on repeat, try listening back to the last 14 years of the show's history — it tells a fantastic story of composer Jason Robert Brown's work. Below are one song from each version of the show.