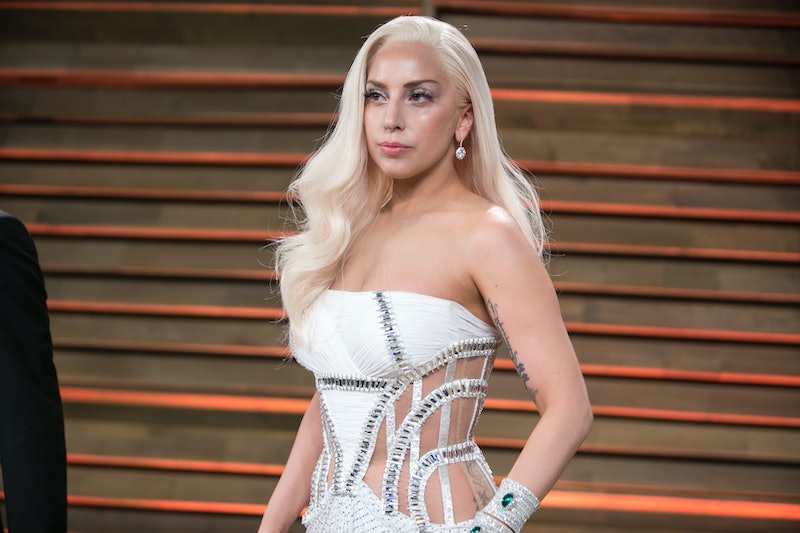 The 2015 Oscars are getting stranger by the second. First, there were all those ridiculous snubs, with people like Ava Duvernay and David Oyelowo left out of the race; then, there was the news that bands like Maroon 5 and The Lonely Island (not exactly your typical Oscar attendees) would be performing some of the nominees for Best Song. And now, there's the musicians recruited by the producers to sing at the ceremony, from Anna Kendrick to Jennifer Hudson to... Lady Gaga?! Yes, that's right: Gaga will perform at the Oscars, according to an announcement released on Thursday.

Along with Oscar producers Neil Meron and Craig Zadan, the singer took to Twitter to tell fans that she would be appearing at next week's show in a "special" performance. Soon after, the trio revealed that rehearsals were already underway, and that working with the singer has been a "joy."

“Lady Gaga is a once-in-a-lifetime artist whose musical evolution keeps growing,” Meron and Zadan said in a statement. “We are proud to have her perform on the Oscars for the very first time.”

While details of what to expect from Gaga's performance are unknown, it's been confirmed that it will be a tribute of some kind. Perhaps it'll be the song performed during the "In Memoriam" segment, or a special tribute to a specific actor like Robin Williams or Philip Seymour Hoffman who passed away last year.

Details will likely come out in time, but for now, fans can speculate. The producers referenced Gaga's musical evolution; does that mean that her performance will be much more toned-down than her past ones, and that it'll be more like her time at the Grammys than the VMAs? Other Oscars performers previously announced include Anna Kendrick, Jack Black, and Jennifer Hudson; will the foursome be joining forces for an epic, if confusing, musical medley?

Who knows what'll happen, but it's bound to be exciting; Gaga isn't exactly known for being a snooze-fest on stage. And if there's anything the Oscars have shown they need, it's something to liven the too-long ceremony up — a performance by Gaga should be just the thing.

Check out the announcement below, and get ready for Feb. 22: