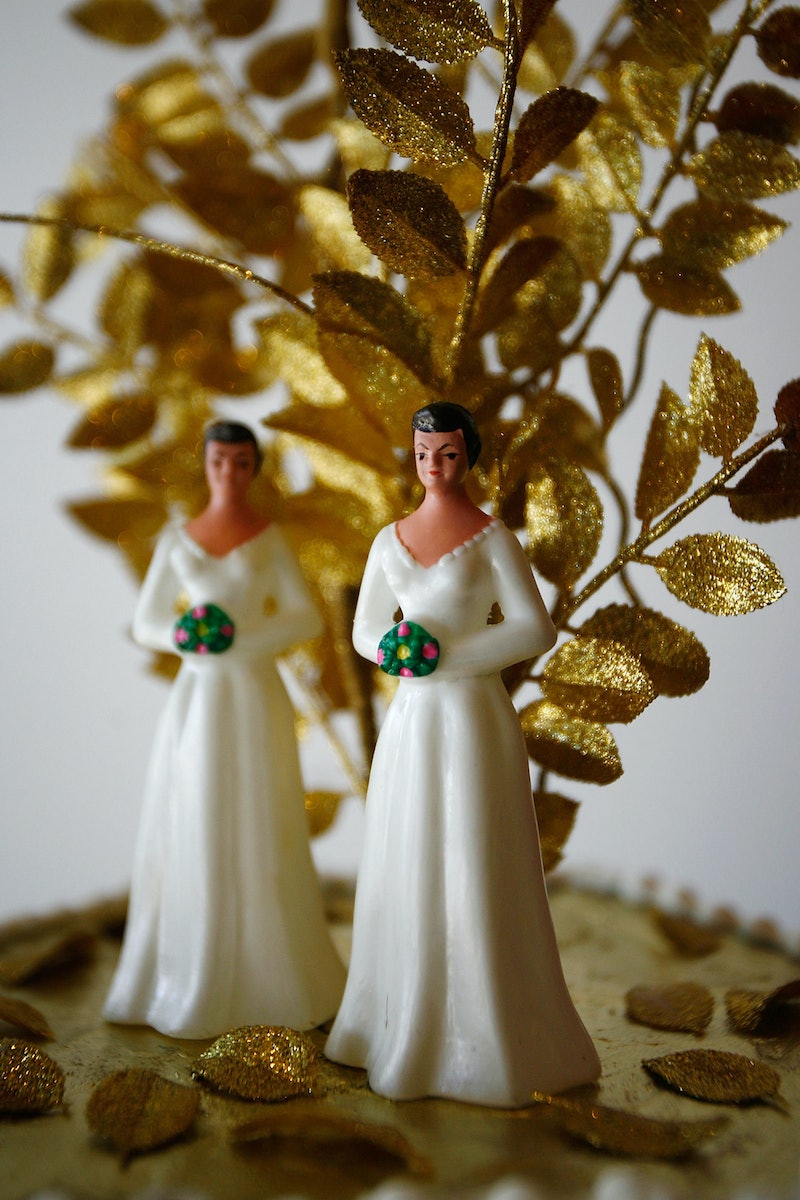 Ruth Bader Ginsburg thinks America is ready to accept gay marriage, telling Bloomberg that the nation's attitude toward same-sex weddings has changed significantly in the recent years, but the South continues to prove that it's neither ready or willing. The Supreme Court will deliver a ruling on whether same-sex marriage is a constitutional right by June, resolving the issue for all 50 states, but despite Ginsburg's optimism, parts of the country will have trouble coping if the court rules in favor of gay marriage.

Kansas Governor Sam Brownback dealt another blow to equality this week when he eliminated legal protections for LGBT workers in the state, rescinding a 2007 executive order from his predecessor, Kathleen Sebelius, that prohibited workplace discrimination based on sexual orientation or gender identity. In Brownback's executive order that abolishes nine previous orders, he says:

This Executive Order ensures that state employees enjoy the same civil rights as all Kansans without creating additional 'protected classes' as the previous order did. Any such expansion of 'protected classes' should be done by the legislature and not through unilateral action.

The problem with Brownback's reasoning is that forbidding discrimination doesn't create a class of people with more civil rights than the rest of the population, it protects a group of people often stripped of their civil rights. Throwing out such protections places the Kansas LGBT community at risk of workplace harassment and inequality.

In Mississippi, an entire town petitioned to keep a gay woman from opening a bar and the town's aldermen rejected her application for a local business license last year. Residents weren't afraid to voice their real opinions, declaring that they're "anti-gay." In another Mississippi town, a lesbian high schooler claimed her teachers and principal harassed her because of her sexual orientation.

Despite an overall shift in the nation's attitude toward same-sex marriage, as Ginsburg describes, some of the South remains adamantly opposed to the idea of marriage equality. If gay marriage becomes a constitutional right for the entire country later this year, Southern states will need to adjust their views and treatment of the LGBT community drastically.