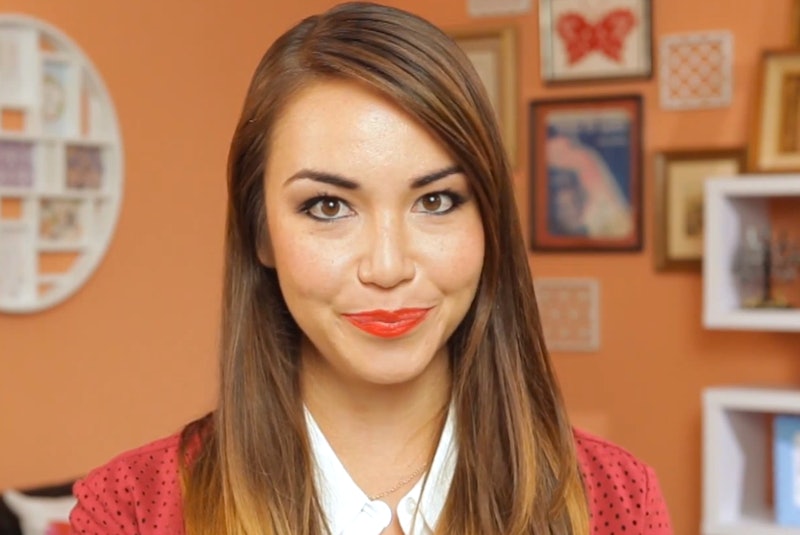 Emma Woodhouse, from Jane Austen's Emma, is one of the literary world's most iconic characters. And though Austen herself deserves most of the credit for Emma's popularity, the novel and the character got a boost from pop culture in the 20th century. Cher Horowitz, the lead character of Clueless, brought the Emma story to the modern world in rich, valley-girl fashion in 1995, and a year later, Gwyneth Paltrow starred as Ms. Woodhouse in a movie ripped right from Austen's pages. Now, in the 21st century, we get yet another look at Emma: The first episode of Emma Approved , the web series adaptation by the creators of The Lizzie Bennet Diaries, hit the web Monday.

For those who missed out, The Lizzie Bennet Diaries was, as their website describes, "a modernized adaptation of Jane Austen’s Pride and Prejudice told through original episodic video and multiplatform storytelling."

It was an experiment in web-series/video-blogging/transmedia-storytelling gone wonderfully right — it went so right, in fact, that just a few weeks ago, the whole team got to start calling themselves Emmy-winners.

And because of that success, when there was nothing left they could do with Pride and Prejudice, they decided to just keep going with the Austen adaptations (thank god for public domain), and soon announced an LBD spinoff adaptation of Austen's unfinished work Sanditon.

Now, they're going to do Emma.

Emma Approved follows Emma Woodhouse (Joanna Sotomura), a career-driven woman running "the matchmaking and lifestyles division of the developing Highbury Partner's Lifestyle Group." As she says, "I make your life better, and I never fail." Sounds like the classic Emma to us — frivolity and obsession with pizazz and all — but with that ever-needed modern spin.

You can check out the first episode below.