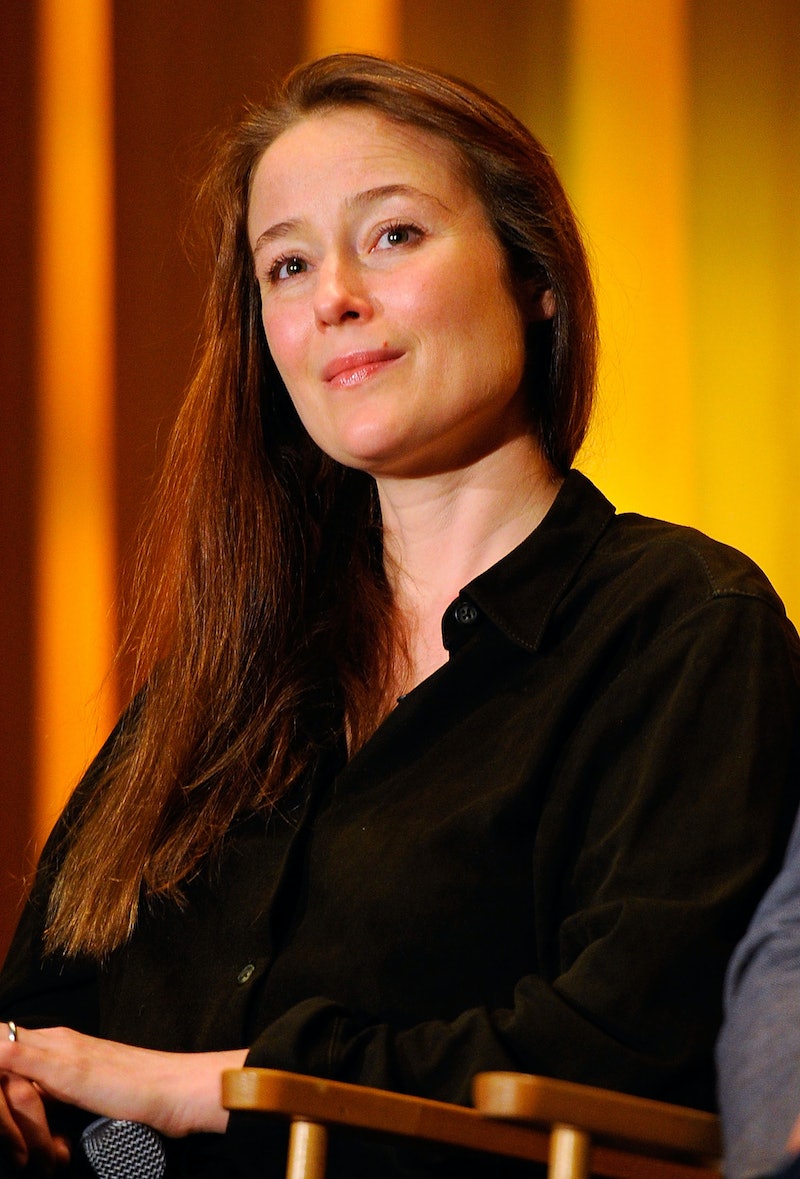 Anastasia Steele's mother has a difficult role in Fifty Shades of Grey: As she's described in the book, Carla is supposed to be a flighty, forgetful, wayward woman who approves of her daughter's relationship with the sadomasochistic Christian Grey. In the film, she was played by Jennifer Ehle, an actress who already had a lot of major roles under her belt. Somehow, the British actress has not become a household name, though she is a hugely important figure in some households: specifically, those of the many mothers (and everyone else, for that matter) who worship the BBC Pride and Prejudice.

Ehle starred as Elizabeth opposite Colin Firth's Mr. Darcy in an (what is in my opinion the best) adaptation of Pride and Prejudice. While Firth certainly has something to do with my appreciation for the adaptation, I think Ehle is the true draw, with her knowing, reserved smile, clear intelligence. The BBC adaptation aired in 1995 as six episodes, totaling around 5 hours of entertainment, including Colin Firth's infamous lake scene. Firth went on to play another Darcy-esque character opposite Renee Zellweger in Bridget Jones's Diary (a book and movie that was loosely based on the Jane Austin novel) and Ehle won a BAFTA for her brilliant portrayal of Elizabeth Bennett.

Ehle has done a lot more besides Pride and Prejudice, though it's still probably her best known role. She started off as a stage actress, winning multiple Tony Awards over her career. She was almost cast as Catelyn Stark in Game of Thrones, and she even shot the pilot — but, before the show went into production, she gave up the role for personal reasons (her daughter had just been born) to Michelle Fairley.

You might also recognize Ehle from her role in The King's Speech — again, opposite Colin Firth. She also appeared in Zero Dark Thirty and the Robocop reboot. She'll soon star along with her would-be Game of Thrones co-star Kit Harington in the British spy film Spooks: The Greater Good.

Since she's been appearing in larger Hollywood films lately, it seems possible that we'll be seeing more of Ehle shortly. (And if you haven't seen her in Pride and Prejudice, what have you been doing all your life?)