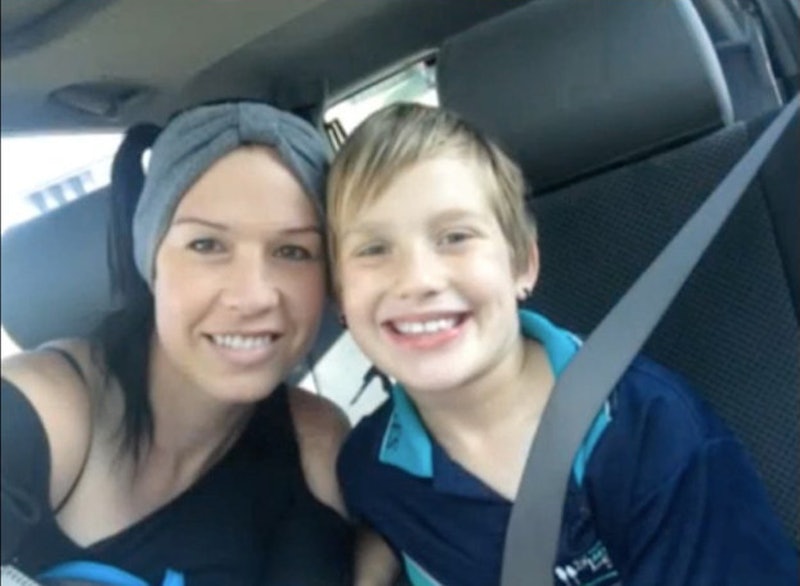 Unfortunately, we live in a world where most people still aren't educated about transgender issues — which, in turn, means that all too often parents of transgender kids don't give their children the support they need. It's also, however, what makes this slideshow by the mother of a transgender nine-year-old all the more touching. In it, she makes it clear that she and the rest of the family not only love and accept their transgender son, but want the rest of their friends and family to do the same.

The video, which was posted on Facebook, starts with Milla Fabish's baby pictures. As the photos progress, they reveal the process by which the family came to realize that, although Milla was assigned female at birth, he wasn't really a girl at all.

As a child, Milla liked superheroes and trucks rather than princesses and dolls. Renée Fabish and her husband were supportive and didn't mind if their child liked stereotypical boy things or wanted to wear a boy haircut. But as time wore on, Milla began to express that he was a boy, not just someone who dressed in "boy" clothes, as well as to become more depressed and withdrawn. The family finally decided to seek medical advice — and after Milla was diagnosed with gender dysphoria, his parents began helping him transition, fully supporting him all the while.

It's the kind of heartwarming story that should be commonplace, but unfortunately isn't. As such, I think there are a few lessons that people everywhere can learn from Milla and his parents.

As the video makes very clear, what matters most to the Fabish family is that Milla is happy and healthy. They don't let the fact that he's a he (and not the "she" they expected) get in the way of loving him, and they don't make their support conditional on Milla being something that he's not.

The slideshow is full of images of Milla — many from a very young age — dressing up in clothes traditionally worn by boys and playing with "boy toys." The Fabishes explain that they were fine with this, which is pretty awesome. Even though most parents will never raise a trans child, many will have kids who don't conform to traditional gender roles; the fact that Milla's parents didn't try to force him to conform to their idea of being a girl is something that parents everywhere should try to emulate.

3. They Consulted and Listened to Medical Experts

When Milla began expressing more intense feelings of being a boy and showing signs of depression, they consulted with medical experts. What's more, when those experts diagnosed Milla with gender dysphoria, they didn't resist the diagnosis or the doctor's recommendations. Even though medical science says that the proper treatment for gender dysphoria is to transition to the person's preferred gender, lots of people just don't want to hear that. Fortunately, however, Milla's family listened.

4. It Didn't Change How They Felt About Milla

Whether they thought of Milla as a daughter or a son, it's clear that the Fabish family still see him as the same person, and their same child. Although our society treats gender like a stark binary, the truth is that a person doesn't become someone totally different just because they identify as a different gender than the one they were assigned at birth. Milla is still Milla, and his family knows that. As they explain it, "All that changed for us are the pronouns.

5. They Educated Themselves About Trans Issues

The rates of suicide and self-harm among trans men and women is alarmingly high, largely due to persecution and a lack of support from family and friends. The Fabish family wants to make sure that isn't something Milla ever faces, and the fact that they have clearly educated themselves about trans issues says a lot about how dedicated they are to helping their child.

6. They Still Care Most About Milla's Happiness

I don't have kids, but my understanding is that when you become a parent, you do whatever you can to keep your kids safe and happy. That means you have to be willing to do what's best for them, no matter who they are, what they need, or how strange it might all seem to you. Fortunately for Milla, it seems his parents learned that lesson pretty well.

Just check out their video.