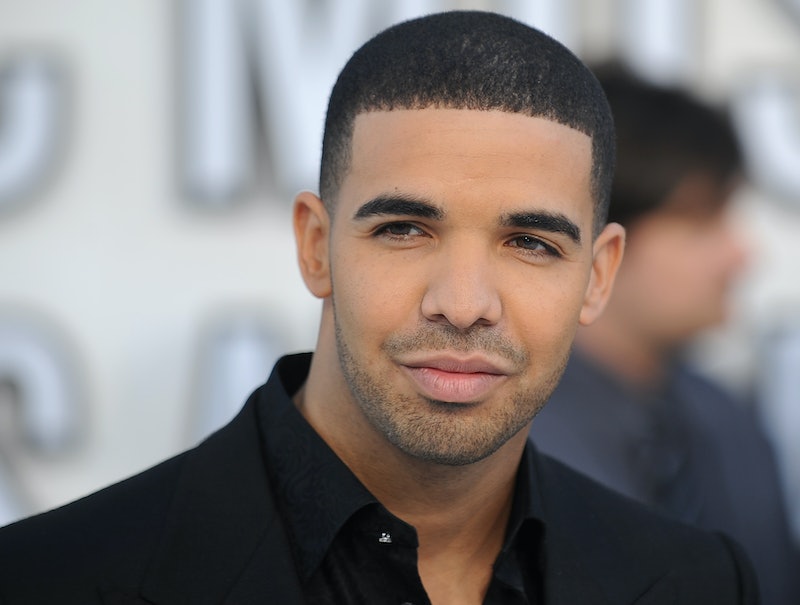 I am still bumping the song "0 to 100" by Drake and that line "We already got spring 2015 poppin" always gets me excited. With that said, I was very thrown off when Drake dropped the surprise album If You're Reading This It's Too Late . I really thought that I had to wait until spring 2015 for a new album. And what happened to the Views From The 6 album? I guess that's not coming out — or at least not right away. Anyway, as a devoted Drake fan, I can't believe I didn't see this coming. But now, looking back at his social media posts and scrolling past his Instagrams about the Toronto Raptors, I see that he may have been dropping some hints all along.

Should we have known this was coming? To be honest, it's one of those situations where hindsight really is 20/20. I have to admit that it's hard not to look back at his previous posts with some confirmation bias. I have found a way to translate everything he has said into a hint about the surprise release of If You're Reading This It's Too Late. Am I going crazy trying to find some answers? Or did I accurately decipher some hidden messages? You be the judge.

Drake has released a few mixtapes, but most fans agree that his third mix tape So Far Gone was his big break. This is the mixtape with the classic song "Best I Ever Had." And that song is the reason so many girls caption their Instagram photos with "sweat pants, hair tied, chillin with no makeup on." This highly quoted song among the other tracks really put Drake on the map. So Far Gone was released on February 13, 2009. This means that If You're Reading This It's Too Late was released on its six-year anniversary. Considering that the mixtape was such a turning point for Drake, it would make sense to commemorate it with another release. As we know from his more sensitive lyrics, Drake is a pretty thoughtful guy. I could definitely see him doing this.

On February 5, 2015 Drake tweeted "*67" with no further explanation. It made no sense at first, but I know it has to be relevant. I looked up almost every Drake stat that I could to find some relevance to the number 67. I even looked at the jersey numbers on the Toronto Raptors team roster. Still, nothing. Then five days later on February 10, Drake Instagrammed a photo of Johnny Tapia with the caption "current mood." I know that Drake is a fan of a ton of athletes, so I didn't think much of it. Until today. I looked up the name "Johnny Tapia" and the first thing I saw in every entry was the boxer's birthdate: February 13, 1967. There is also a wide speculation that Tapia "died from a broken heart" and that sure sounds like a description for a moody Drake mixtape. This has to be foreshadowing of the If You're Reading This It's Too Late release. If only I was more knowledgeable of obscure boxing trivia! I could have predicted this sooner.

Drake Instagrammed this photo of himself with the caption "soon." What is soon? Some sort of new project obviously. We all had our eyes so closely focused on "spring 2015," that none of us questioned a new album coming sooner. Then Drake dropped his short film Jungle on February 12, 2015 and the speculation ended. Was Jungle just a diversion so he could catch us on our toes with If You're Reading This It's Too Late?

Preview Of The Album Artwork

Again, this one of those things that I can only see in hindsight, but Drake Instagrammed a photo of two hands together with the caption "Amazing Grace" on February 8. These are the same two hands at the bottom the If You're Reading This It's Too Late 's album cover. He was really dropping hints all over the place. I guess we couldn't see them if we were not specifically searching.

On Drake's Instagram account, he posted a photo with OB O'Brien with the caption "Mix. @obobrien." OB O'Brien is a part of the team at Drake's label OVO Sound. At this point it's clear that he's referencing the mixtape and it just flew over our heads.

OVO producer Boi-1da retweeted quite a bit recently. He reposted a February 2, 2015 tweet from song writer and music producer Alex Da Kid praising the track "6 God" which appears on the mix tape. Boi-1da also retweeted Drake's February 2 tweet "We gon see." As in "we gon see" a new mixtape in the future? Yeah, I think so.

Wow. Hindsight really is 20/20. As a loyal Drake fan, I still can't believe I didn't see this one coming. Now I am going to be very scrupulous when it comes to Drake's social media activity. I'm upset that this slipped by me, but at least I have the comfort of listening to If You're Reading This It's Too Late to console me.