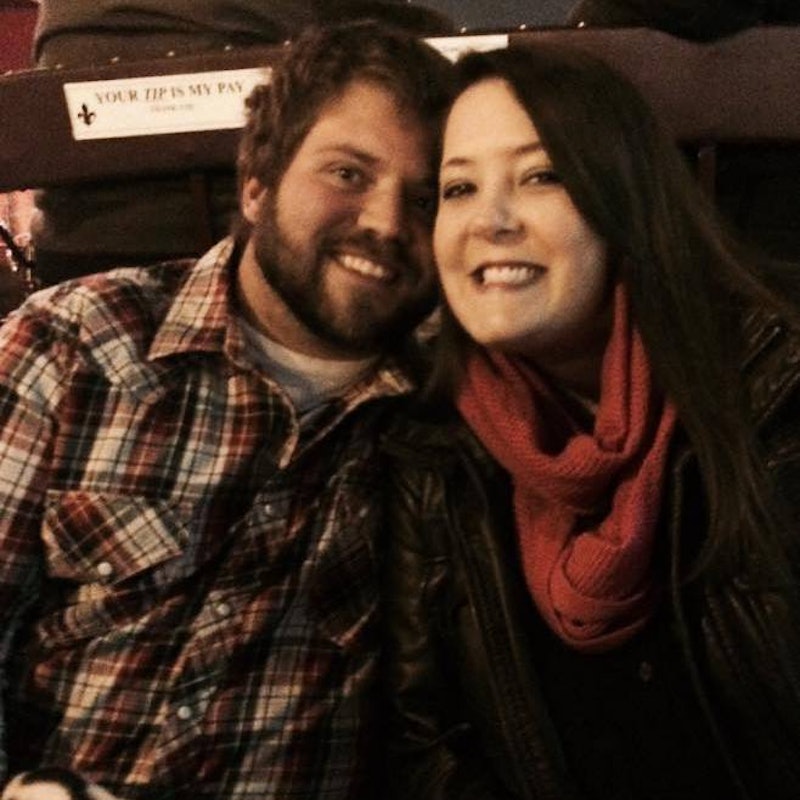 Until death do us part, she said, or until you need another vital organ. Danny Robinson met his soon-to-be bride Ashley McIntyre after she donated her kidney to save his life, reports ABC News. Now healthy and pregnant, the Kentucky couple is engaged to be married. This is the kind of fairy tale on which entire Nicholas Sparks novels are written.ABC reports that McIntyre met Robinson after hearing his story on their local radio station. Robinson had reportedly lost his father to brain cancer, and had lost his home to a Christmas fire, and after sharing his story, McIntyre felt compelled to help. "It was just like one thing after another for them," McIntyre said in an interview with ABC. "I was like, 'Well, I'm type-O and I don't have any health problems.'" I don’t have any health problems, and I am an actual angel who is selfless enough to provide a complete stranger with one of my organs. At this juncture, if he hadn’t proposed, a lifetime of indentured servitude may have been the next best option.

After the surgery, the couple reconnected and began exchanging texts and phone calls, reports People, but ultimately “rebuffed friends who joked they should date, for fear of complicating the situation.” The situation being that McIntyre exchanged her kidney for his digits. "It was really clear early on that this was 'it,'" McIntyre told the Louisville Courier-Journal.

People notes that Robinson will be on medication for the duration of his lifetime, but his new kidney has afforded him an additional 25-30 years to live. Who’d of thought that forfeiting an organ makes for a matchmaking jackpot?

McIntyre certainly got a sweeter deal than this woman, who donated her kidney and was subsequently fired.