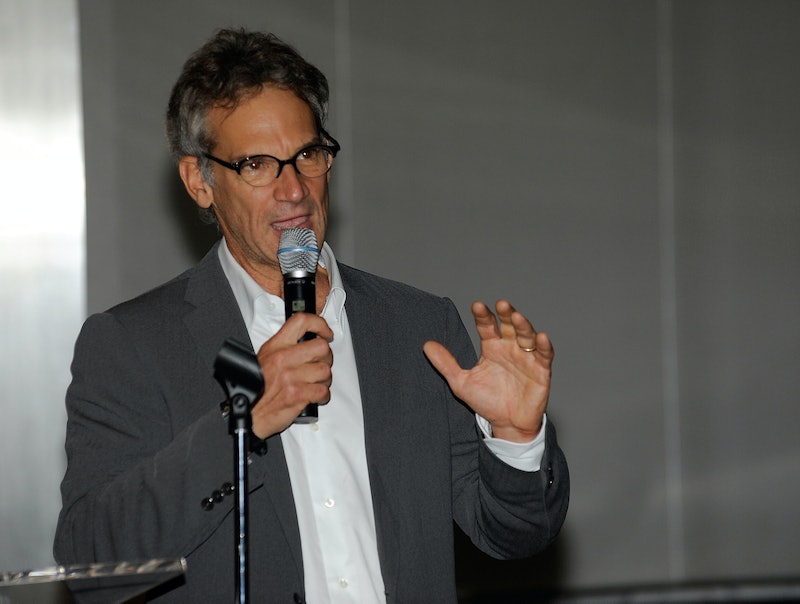 Writer Jon Krakauer is famous for his investigative journalism that lead to his famous nonfiction books Into the Wild and Into Thin Air, centered on a journey into the American West and a journey up Mount Everest, respectively. But the writer is switching his lens from the outdoors and turning his investigative eye into the extremely problematic issue of campus rape in America. Krakauer's new book Missoula: Rape and the Justice System in a College Town is focused on Missoula, Montana, which has earned the nickname "America's Rape Capital." The book is set to be released April 21.

According to USA Today, Krakauer was compelled to write Missoula after learning that a close friend had long been suffering with the secret that she had been raped. In a statement, he said:

I was angry with myself for being so uninformed not only about her ordeal but about non-stranger rape in general. I responded by doing a lot of reading, and seeking out rape survivors who were willing to share their stories. The more I listened to these women, the more disturbed I became.

Missoula earned its horrific nickname after we learned that, according to TIME, there were at least 80 rapes reported in the town over three years. In fact, there were 350 sexual assaults investigated by the Department of Justice between January 2008 and May 2012. Keep in mind, these are rapes that are reported. And we know that rape is one of the most underreported crimes in the country, as according to RAINN, around 68% of rapes go unreported.

During the course of his reporting for the new book, Krakauer sought case records against University of Montana football players accused or rape, including quarterback Jordan Johnson.

As Krakauer says on the book's website, very few of these rape investigations in Missoula were handled properly. None of these stats make Missoula unique, but it does make it a prime place to begin an investigation that can shed some more light on the huge issue of campus rape.

If Krakauer can get one of his readers to look at rape in a new light, who may be swayed by some of the media's skewed rape coverage, it's a good thing. As the author says on his website:

College-age women are not raped because they are promiscuous, or drunk, or send mixed signals, or feel guilty about casual sex, or seek attention. They are the victims of a terrible crime and deserving of compassion from society and fairness from a justice system that is clearly broken.

We've been saying this all along, of course. But we need more allies, more people on our side to change others' viewpoints. Hopefully this can be another means to do so.