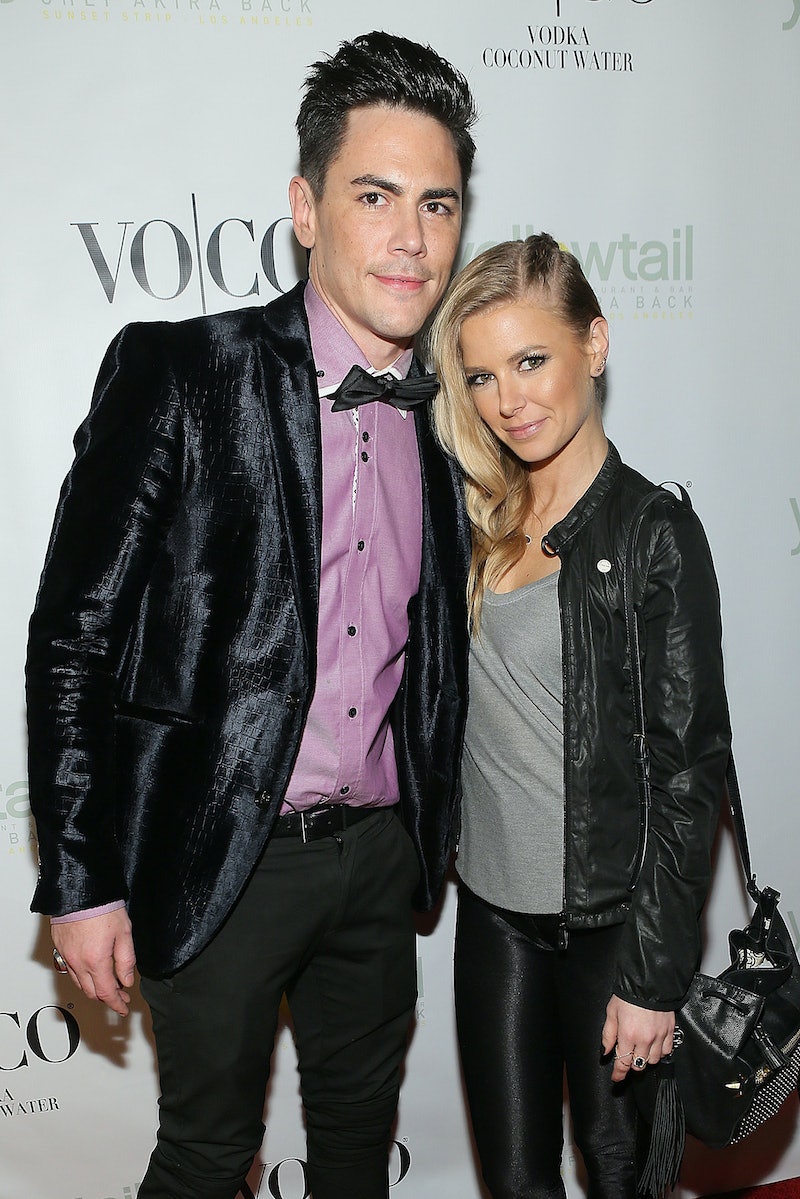 This season of Vanderpump Rules has been all about breaking up already existing couples, but one unbreakable Vanderpump Rules couple is Tom and Ariana. Seriously, these two need an award for the amount of drama that they went through in Season 3, thanks to Tom's ex Kristen. Kristen made it her life goal to break up Tom and Ariana, even inviting a girl from Miami who Tom allegedly hooked up with to crash his shift at SUR. I don't care if Kristen says she didn't orchestrate it, we all saw it... we all know what really happened. But despite Kristen's best efforts to break these two up, she's had no such luck; in fact, Tom and Ariana become closer each time she pulls a stunt. If Kristen keeps up this activity, she may push Tom and Ariana right down the aisle (especially after all of Lisa Vanderpump's marriage talk at Scheana's wedding). Which leads me to ask whether Vanderpump Rules stars Tom and Ariana are engaged in the timeline of real life.

If anyone on Vanderpump Rules is going to make it, I'm pulling for Tom and Ariana (fine, and Schwartz and Katie, but I'm still not pleased that he cheated on her... at all). They've gone through so much crap this season, let's just review what they've had to deal with:

So after all that, Tom and Ariana are still together.

Ariana has learned to laugh off anything Kristen brings to the table, which is probably the best way to go. It's been said on the show before, but if Kristen doesn't care about these two, why does she care to prove that Tom did or didn't cheat on Ariana? I'm not buying it's because she has been called a liar. Sorry.

So if these two can withstand the wrath of Kristen, they can surely survive marriage, right? Well, according to a Life & Style interview, Tom and Ariana have talked about getting married. But, Ariana has a different view on marriage, as she has said in an interview with Wetpaint. "It’s not that I don’t believe in it as a concept, I just know what’s right for some people isn’t right for others. I never saw it as part of my life plan." Now, that doesn't mean she doesn't love Tom, but the status of marriage just doesn't seem important to her.

So will we get a proposal surprise (or at the very least a ring reveal) at the Vanderpump Rules reunion show? Four things: 1) I hope so, just because I like them together. 2) I REALLY hope so, because Kristen will be there. 3) It is totally Bravo's style to have a shocking — albeit awkward — proposal on camera. 4) Andy Cohen's facial expressions.

Plus, Lisa Vanderpump approves, so if the queen says Tom & Ariana should take the plunge, they probably should. Lisa knows all, right?