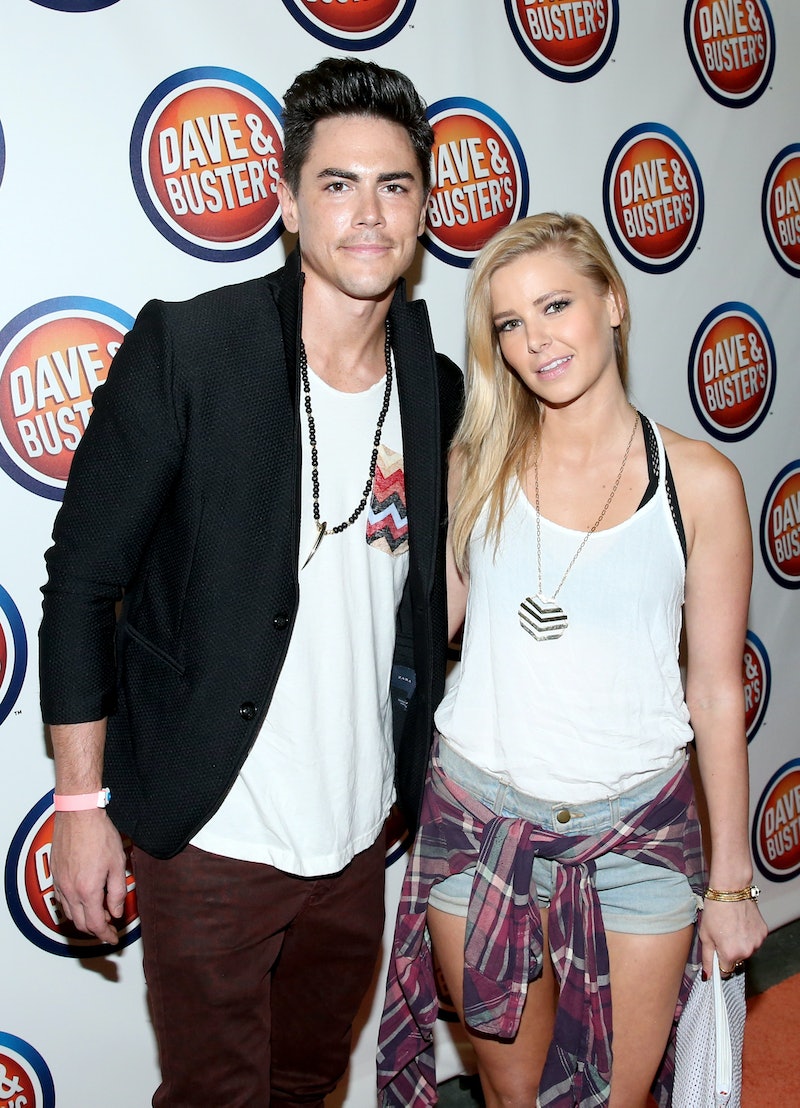 For some reason, watching the horror that was the insanely unhealthy relationship of Kristen and Tom on Vanderpump Rules last season was actually entertaining. Season 3 is bound to be different, as both Kristen and Tom are now seeing other people. Tom is still dating Ariana, who if you remember, was the source of some of the drama last season between Tom and Kristen — the other stem of the source was of course the Kristen and Jax thing. From the looks of it, Season 3 of Vanderpump Rules is going to be full of cheating and crying and allegations, yet Ariana and Tom are still together presently (according to his Instagram). So does that mean these two might actually make it?

The season premiere of the show jumped right in to what we had missed so much: alleged cheating within the SUR staff. Kristen went all Nancy Drew on her coworkers to prove that Tom had cheated on Ariana, if Nancy Drew had an Instagram. Also, side note: Kristen's new boyfriend seemed way too invested in the mystery of the alleged cheating — the strangest things bond people, am I right? But regardless of Kristen stirring the pot between Tom and Ariana, Ariana didn't seemed fazed by Kristen's allegations.

Here are four reasons Tom and Ariana might actually make it and not become Tom and Kristen 2.0.

Ariana wrote in her Bravo blog, "If I'm not worried about it, its not something to worry about. I'm the farthest thing from dumb you've ever met," regarding if we should believe Kristen's accusations of Tom cheating on her. She said multiple times through the first episode that she doesn't believe anything that is being said, and it is nothing new to hear (which is weird, because I feel like you shouldn't constantly be hearing that your boyfriend is cheating on you).

He's Learned From His Past?

Relationships may end, but Instagram lives on forever. Tom was accused of cheating — and owned up to kissing Ariana — when he and Kristen were going through a rough patch. And since he was so hurt by Kristen and Jax's betrayal, maybe, just maybe, he has learned from the past and didn't cheat on Ariana because he doesn't want to inflict the pain he felt onto someone else.

In a very 2014 version of a poem (screenshot of an iPhone note), Tom shared a lovely poem he wrote inspired by his girlfriend. While I can't speak to whether or not Tom wrote poetry when he was with Kristen, I can say it seems that Ariana and Tom inspiring each other strengthens their relationship.