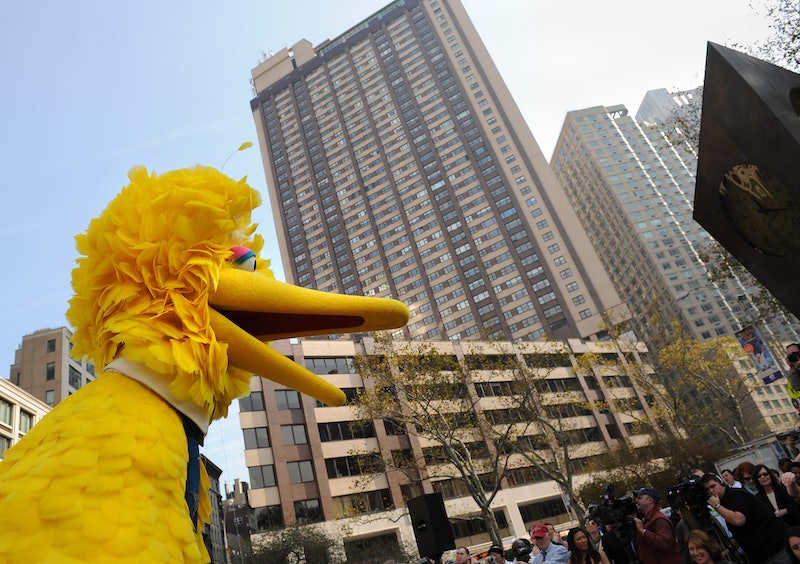 As far as first tweets go, the CIA stole the crown last June with the smart, snarky, "We can neither confirm nor deny that this is our first tweet." (We saw what you did there, guys.) More frontrunners include Skittles — "I have awoken! Time to tweet the rainbow" — and Waffle House, with "BREAKING NEWS: Bacon may cure hangovers." Now competing for the title of best first tweet ever is Big Bird, who joined Twitter two and a half years ago and, for reasons known only to Big Bird, waited until Friday to send his first Tweet.

Later Friday, Big Bird began avidly Tweeting his friend the Cookie Monster (a very active presence on Twitter) with "Hi @MeCookieMonster! Have fun at @MuseumModernArt! Can you send me some pictures of bird art, please!"

Replied Cookie Monster: "Me think Big Bird and Baby Bear been to @MuseumModernArt before! Me no can wait to explore for meself!"

Cookie Monster: "How dis look @BigBird? Me and me new birdy friend missing you @MuseumModernArt! Next time we come see art together."

Which brings us to: Who on earth took the Cookie Monster to MOMA?