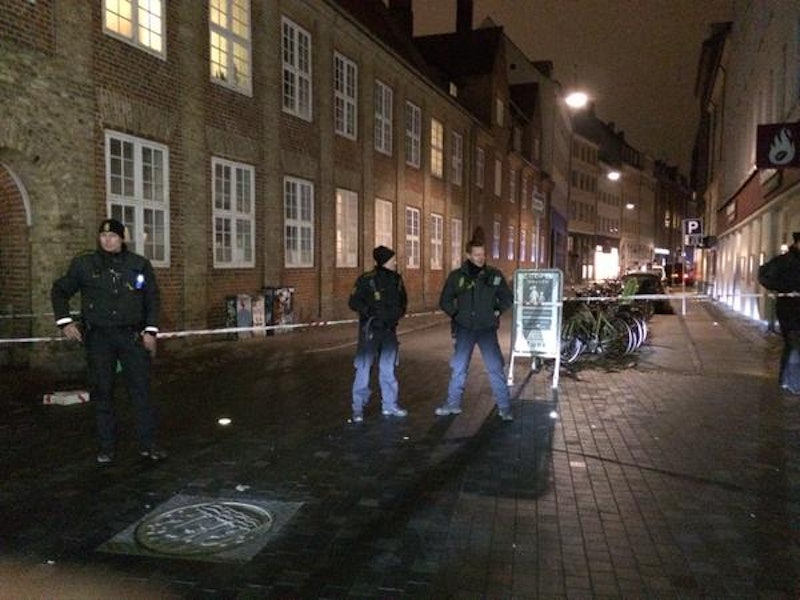 Just hours following Saturday's deadly shooting at a Copenhagen cafe, more grim news has broken: a shooting at a Copenhagen synagogue has killed one person, and injured two more. The two wounded are reportedly police officers, while the slain victim was a civilian. It's not known yet whether this incident is related to the grisly events that unfolded on Saturday, and that's a hugely important point — according to ABC News, Danish authorities have stated that it's "too early to say" whether there's a link between the two shootings.

The concerns are understandable, however, given circumstances and heightened tensions. At last reporting, the man suspected of carrying out the earlier fatal shooting at Copenhagen's Krudttoenden cafe hasn't been apprehended, so it's fair to say that the authorities are on high alert. The prior shooting has been widely interpreted and reported as being politically motivated, with Danish Prime Minister Helle Thorning-Schmidt calling it terrorism — it was an assault on a debate featuring cartoonist Lars Vilks, whose depictions of the Islamic prophet Muhammad have made him the target of death threats for years. In other words, exactly the kind of person you'd expect to be at-risk.

Vilks survived that shooting, but one person didn't. And this second shooting has claimed the life of one person, as well — despite initial reports indicating that all three victims of the synagogue shooting were still alive, it's now been announced by Danish police that the civilian is dead. The police officers reportedly suffered wounds to the arms and legs, according to BBC News, while the civilian involved was struck in the head.

Obviously, early reports can often be subject to change. But hopefully that this is the last news of a fatality associated with this incident, and the both of the officers will be able to make a full recovery.