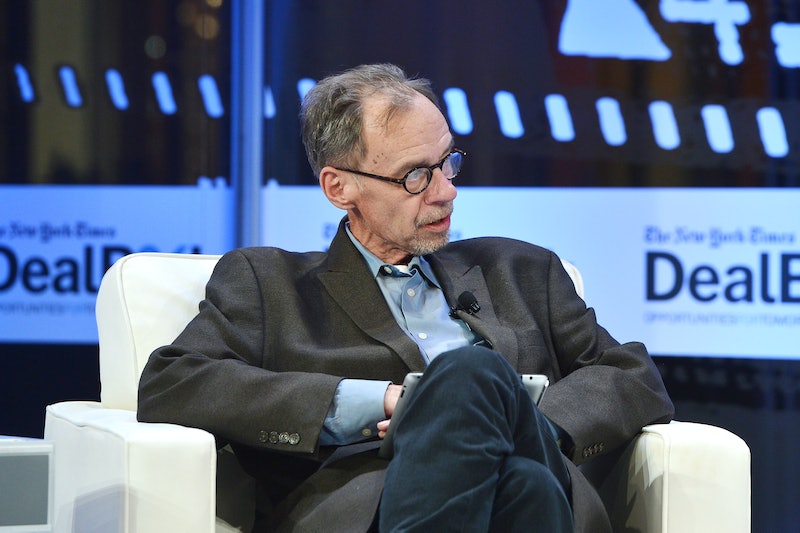 Autopsy results released Saturday night by the New York City medial examiner’s offices revealed that The New York Times’ columnist David Carr’s death was caused by complications from metastatic lung cancer. Heart disease was also a factor. According to The New York Times, 58-year-old Carr collapsed at the Times’ office shortly before 9 p.m. on Thursday. He was pronounced dead later that night at St. Luke’s-Roosevelt Hospital in New York City.

Although Carr’s death might have been unexpected — it's unknown whether the newspaper knew about his illness — he had a long history of health struggles. He was a survivor of Hodgkin’s lymphoma, a cancer of a part of the immune system, and he previously struggled with alcoholism and drug addiction. However, The Times notes that “none of that undercut his energy.” Just a day before his death, Carr appeared on “CBS This Morning” and earlier in the day on Thursday he spoke at a TimesTalks event at The New School.

But metastatic lung cancer — cancerous tumors that form elsewhere in the body and then spread to the lungs — claimed Carr’s life. He was the second beloved journalist to die this week. Just a day before Carr collapsed in the newsroom, longtime CBS and 60 Minutes correspondent Bob Simon died in a car accident in New York City.

Carr had been living in Montclair, New Jersey, and is survived by his wife, three daughters, and five siblings. A memorial in The New York Times’ newsroom Friday drew a massive crowd. Carr’s wake will be held Monday evening, and his funeral is on Tuesday morning.

He had been a staple for The New York Times for 13 years, where he wrote the Media Equation column and played a major role in the 2011 documentary about the newspaper, Page One: Inside The New York Times. Outside of the newsroom, Carr wrote the memoir The Night of the Gun about his struggles with cocaine addiction and being a single father to twin girls. After his death, the memoir rose to No. 9 on Amazon’s best-seller list, The New York Times reported on Saturday.

Previous to his 13-year stint at The New York Times, the Minneapolis native was editor of The Twin City Reader and The Washington City Paper. He was a contributor to the Atlantic Monthly, New York Magazine, and Inside.com. before he joined The Times as a business reporter, CBS reports. Upon Carr’s death, The New York Times’ executive editor praised him as “the finest media reporter of his generation.”