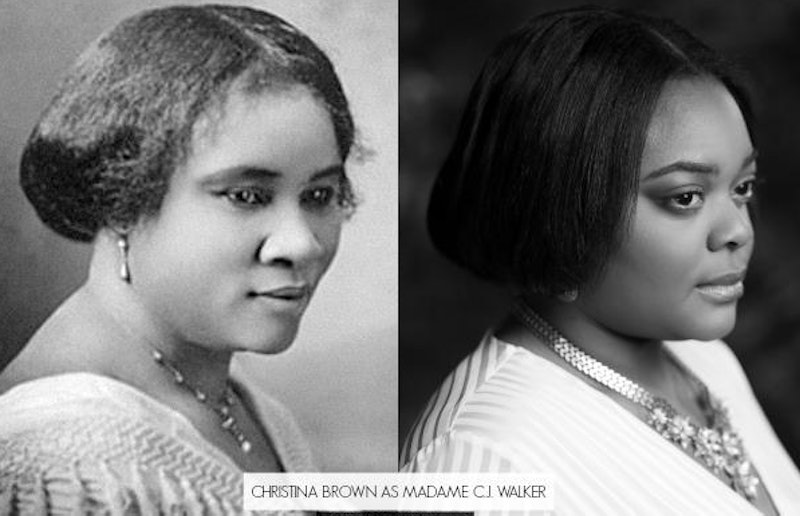 "Well-behaved women seldom make history"--a popularized quote by historian Laurel Thatcher Ulrich that is often seen on everything from t-shirts to coffee mugs. But, while well-behaved women seldom make history, historically, well-behaved black women have dealt with this double-time, often being forgotten in mainstream conversations on women who make a difference. Style Influencers Group "We Are Black History" photo series is making an inspiring move to change this.

The series includes some of digital media's top black female influencers posing as their favorite female icon. According to Style Influencers' website, the goal of the images is "to celebrate positive and uplifting voices in the digital community while paying respect to Black History." Images of popular editors and bloggers sit adjacent to historical icons, such as Styleblazer's Senior Editor, Danielle Kwateng as Bethann Hardison; Feminista Jones as Betty Shabazz; Huffington Post's Fashion and Beauty Editor, Julee Wilson-Wareham as Rosa Parks. The entire series continues on in this manner, but the series is not implying that these modern influencers are attempting to be these historical women. "In now way are we claiming to be the next iteration of these icons. We're simply paying homage to them for the way they've inspired us in our careers and more," says Style Influencers' co-founder Jessica C. Andrews.

Of course, any photo series including popular digital influencers cannot exist without a hashtag. #WeAreBlackHistory's initial goal was to celebrate the historical feats and impact of black icons, but many have also been praising the influencers featured in the series for their bravery, courage and impact across the digital landscape. While the images currently circulating reflect only a handful of black women in history, additional hashtags are also entering the digital universe in celebration of Black History Month.

On the brink of her debut in the "Whitney" movie, Yaya Dacosta launched her #imeverywoman photo series, in which she celebrated both diversity and women, posing as icons such as Audrey Hepburn, Naomi Campbell, Eartha Kitt and Meryl Streep. While doing research for her novel, author Nichelle Gainer began discovering the glamour and style of black women and started sharing them on Tumblr and Instagram, using the hashtag #vintageblackglamour. Gainer released a book of the same hashtag that sold out quickly, but due to high demand has been printed in a second edition. Activist, and another digital media influencer, Michaela Angela Davis has used her Instagram to promote her latest project #dappertodope, in which she partnered with photographer Mangue Banzima to photograph and unpack the outstanding style of men in Harlem.

These are just some of the movements combining style and fashion for Black History Month; others, such as the #28daysarenotenough and #blackhistoryyoudidntlearninschool, are also taking the forefront this year. Each hashtag aims to ensure that those who seldom make history finally get their due place, if not in textbooks, then certainly on your timelines.