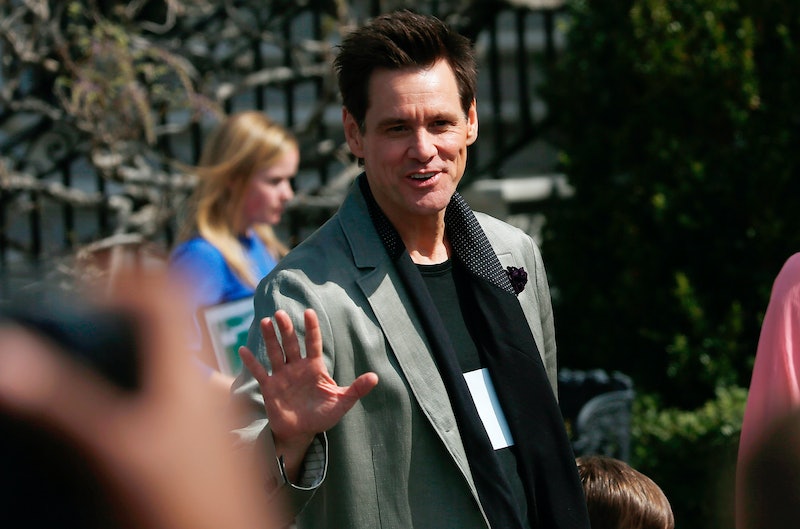 News reporter Brian Williams is no stranger to being mocked recently due to revealing that he had exaggerated about being in a helicopter that got shot when he was in Iraq. And during the SNL 40th Red Carpet Special , Jim Carrey had something to say about Brian Williams. Now, Saturday Night Live has not remained on TV for 40 years for being nice to famous people. And considering that Williams was/is (he's currently suspended) from NBC Nightly News — and SNL is on NBC — I loved that Carrey brought it up.

Carrey is a comedian, and comedians don't worry about playing nice with others. The more outrageous and insulting, usually the funnier the comic is. So, if someone is going to say something about Williams, let it be Carrey. (It's way better than Rudy Giuliani's bizarre reference to Williams.) Besides, have you ever known Carrey to be reserved about anything?

Poor Tina Fey looked uncomfortable about Carrey bringing up Williams, but hey, there are a lot more offensive things that could have been said. You can check out the videos of Carrey's joke here:

But Carrey wasn't the only comedian to target Williams during the night of Feb. 15. Jerry Seinfeld made sure to make a jab at the fallen newscaster when he came on SNL 40. He joked that Williams had been rumored to be a cast member on SNL, but that he couldn't confirm that information. Feel the burn, Williams.