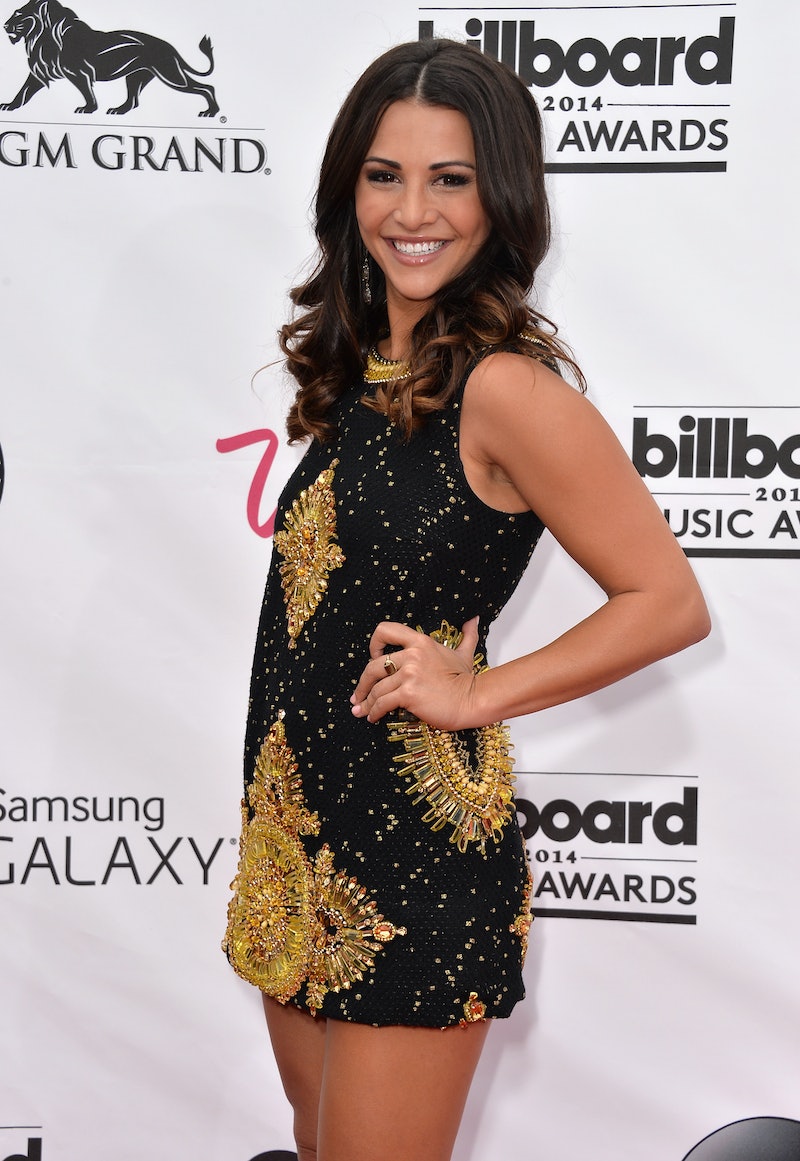 From the moment I saw the previews for Sunday night's Bachelor tell all special and realized Andi Dorfman would be speaking openly about her Josh Murray breakup, I knew I was in for a rough night. Watching her as The Bachelorette last year truly endeared her to me, and it's hard to imagine that anyone might not like her. She's sweet, she's caring, and she knows what she wants, and although Josh Murray wasn't my first choice in men for her, it was clear to see that — for awhile, at least — he made her really happy. Until January rolled around, and she and Josh unexpectedly announced that they were ending their engagement with little explanation. Now, though, Andi's talking to Chris Harrison about what really happened behind the scenes, and after hearing what she had to say, it's impossible to say The Bachelor franchise wasn't real — and it's easy to see that being the star is definitely not what it's cut out to be.

How do I know this? First of all, this interview was incredibly hard to watch because seeing Andi cry made me want to cry. This isn't just for TV, guys — this is a legitimately heartbroken woman who has truly been hurt. She could barely speak, she was crying so much, and I'm impressed at her strength. Had I ended an engagement weeks earlier, I certainly couldn't have gone on national television to talk about it. Not knowing that millions of strangers were about to see me at my most vulnerable.

What struck me most about Andi's interview, though, was the fact that she attributes some of her heartache to the fact that she feels she let down the people who rooted for her and Josh on the show. This is an incredibly human thing to admit, but it's also incredibly sad. It also serves as a reminder of all the pressure that's on the people who go on this show looking for love. Andi admitted that she felt like a failure for disappointing so many people, and my heart broke along with hers. Andi is not a failure for realizing a relationship didn't work out. She's brave, and she's one step closer to finding the relationship that will work.

It's hard not to be optimistic that she will find an awesome, amazing guy who really is perfect for her, mainly because Andi truly deserves that real, true love. Hang in there, girl — he's out there somewhere, and you can find him even without ABC's help.

More like this
JoJo Fletcher & Jordan Rodgers Got Married In A “Playful & Fun” Wedding
By Grace Wehniainen
Becca Tilley Confirmed Her & Hayley Kiyoko’s 4-Year Romance With A Heartfelt Note
By Brad Witter
Scott Disick’s First Time Around Kravis Was “Awkward,” To Say The Least
By Jake Viswanath
Kim Kardashian Joked That Her Wedding To Kris Humphries Was A “Gay Wedding”
By Jake Viswanath
Get Even More From Bustle — Sign Up For The Newsletter